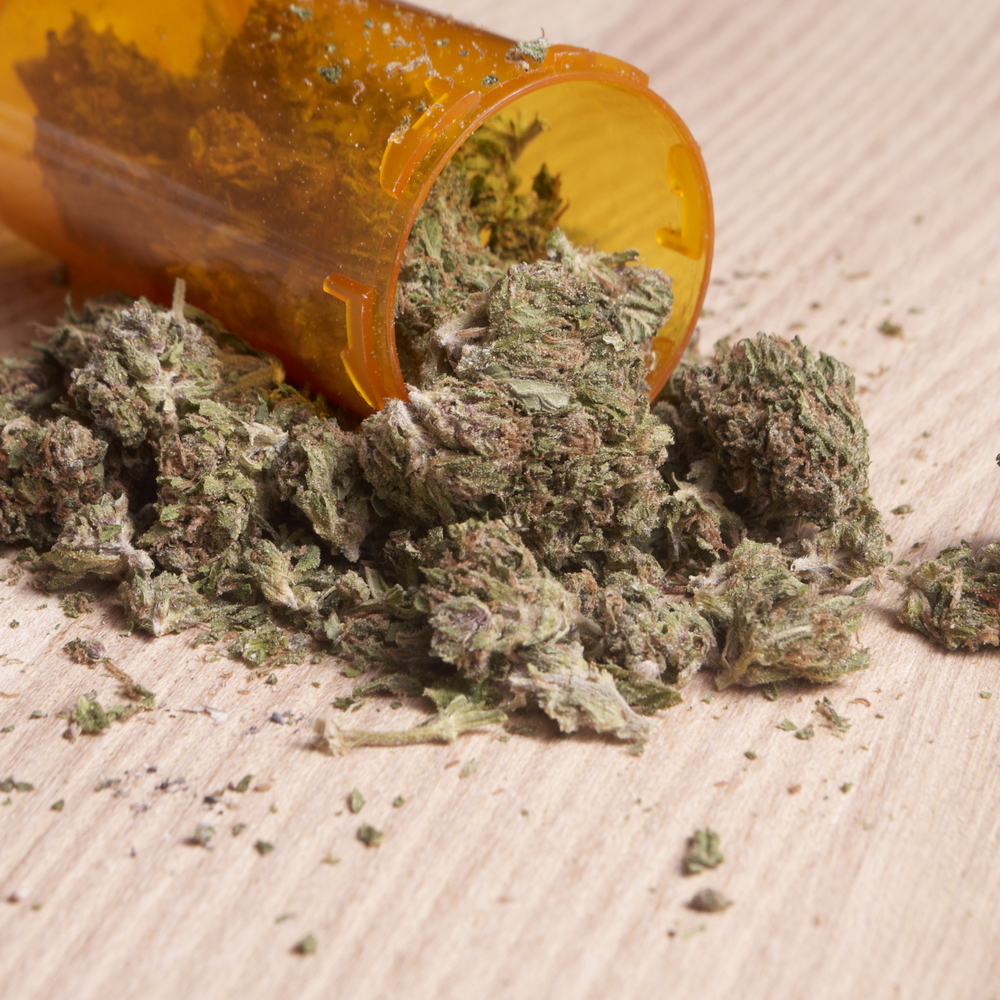 The 2012 and 2014 ballots approving legalization of cannabis in four U.S. states have stirred the pot, so to speak, on a wide range of issues and nuances related to the herb — not least marijuana’s clinical use as a therapeutic agent. Medical marijuana remains a topic of debate in the health sciences community, but currently the sale and possession of marijuana is legal for both medical and non-medical use in four states: Alaska, Colorado, Oregon, and Washington, and 23 U.S. states and the District of Columbia have legalized medical marijuana.

As a public health issue, there are many nuances related to the use of cannabis, whether medicinally or recreationally, including its effectiveness — or not — in treating the astonishing range of disorders, including Multiple Sclerosis (MS), for which it is claimed by advocates to be beneficial. However, current scientific research either pro or con cannot be regarded as conclusive if for no other reason than that there is so relatively little of it for a variety of reasons, particularly bureaucratic and judicial roadblocks to legal acquisition of marijuana for research purposes, which inhibits approval and funding of marijuana research.

NEMUS Bioscience Inc. is a biopharmaceutical startup that hopes to help bridge the cannabis clinical research gap. The company’s activities are primarily focused on research, development and commercialization of a diverse range of new medicines and other chemicals derived from cannabinoids, a class of chemical compounds extracted from the Cannabis Sativa herb of the Hemp family, one of which — tetrahydrocannabinol, or THC — is the psychoactive constituent in marijuana. In addition to Cannabis Sativa, there are more than 100 cannabinoids — some of which are believed to have powerful medicinal and therapeutic qualities.

NEMUS’s corporate vision is to offer physicians and patients “condition-specific” cannabinoid-based medicines designed to alleviate symptoms associated with a range of diseases, and to become a leading developer of cannabis-based therapeutics to address unmet medical needs on a global basis.

More and more studies worldwide are finding that chemically diverse cannabis compounds can be effective in alleviating symptoms of a variety of diseases, including some seriously progressive and debilitating ones like Multiple Sclerosis. Cannabinoids act specifically in the human body through CB1 and CB2 receptors, which are found in the brain and throughout the body, and are involved in many physiological processes, as well as having an impact on the immune system, the nervous system and the body’s organs. With medical marijuana becoming legal in more states, NEMUS Bioscience is responding with the development of a novel and proprietary class of product candidates that are designed to hone in on the body’s nervous and immune systems without inducing the sort of undesirable side-effects typically associated with currently available therapeutic medications for MS and other neurological diseases.

Drugs used to treat MS include Dantrium, Baclofen (Medtronic), Zanaflex, Klonopin (Clonazepam) and Valium (diazepam), which come with a list of side effects ranging from feeling lightheaded or drowsy, to slurred speech, blurred vision, changes in sexual drive and performance, gastrointestinal changes, muscle spasms and a fast or pounding heartbeat. Benzodiazepines (medicines with names typically ending in “pam”) are also highly addictive and can have nasty withdrawal effects.

By contrast, a major 2008 meta-analysis published in the Journal of the Canadian Medical Association (CMAJ June 17, 2008 vol. 178 no. 13 1669-1678) of safety studies on medical cannabinoids over the past 40 years found marijuana-use associated with virtually no elevated incidences of serious adverse side-effects. The study, “Adverse effects of medical cannabinoids: a systematic review” (CMAJ. Jun 17, 2008; 178(13): 1669–1678. dpi: 10.1503/cmaj.071178 PMCID: PMC2413308), was co-authored by Tongtong Wang, MSc, Jean-Paul Collet, PhD MD, Stan Shapiro, PhD, and Mark A. Ware, MBBS MSc, who note that “The therapeutic use of cannabis and cannabis-based medicines raises safety concerns for patients, clinicians, policy-makers, insurers, researchers and regulators. Although the efficacy of cannabinoids is being increasingly demonstrated in randomized controlled trials, most safety information comes from studies of recreational use.”

Advocates also note that benefits of medical cannabis that many MS patients have reported include improvements in muscle spasms, tremors, balance, bladder control, speech, and eyesight, with MS Patients reporting that smoking medical marijuana reduces symptoms such as muscle stiffness and tremors, and allows for greater mobility. Scientifically, a 2012 study led by Professor of Clinical Neuroscience at the University of Plymouth Centre for Clinical Trials & Health Research John Zajicek found that a standardized dose containing the cannabis extract, tetrahydrocannabinol (or THC), improved muscle stiffness in people with MS.

In another study, researchers in this phase 3 clinical trial tested a pill containing THC in 144 people with MS, against a placebo in 135 people with MS, for up to 12 weeks, and reported that relief from muscle stiffness was nearly twice as high in people taking THC than in people taking a placebo. Cannabis administration was also associated with improvements in body pain, spasms and sleep quality.

A study at the University of California, San Diego, School of Medicine published in May 2012 in the Canadian Medical Association Journal, found that smoking cannabis can relieve muscle tightness, spasticity (contractions) and pain often experienced by persons with Multiple Sclerosis. The UCSD research was a controlled trial with 30 participants to determine whether inhaled cannabis would help complicated cases for which existing pharmaceuticals are ineffective or trigger adverse side effects. A Canadian Medical Association journal article published in 2010 reported that a single inhalation of 25 mg of 9.4% tetrahydrocannabinol herbal cannabis three times daily for five days reduced the intensity of pain, improved sleep and was well tolerated.

NEMUS is in the process of building a proprietary product pipeline spanning the spectrum from extraction processes to molecular design and unique methods of cannabinoid drug delivery to address medical needs in what are becoming multi-billion dollar global market opportunities, and is currently the only partner of the University of Mississippi for the development and commercialization of drugs derived from cannabis extracts, or cannabinoid extracts.

Many patients with MS and other serious ailments have anecdotally determined that marijuana is an affordable and effective medicine for neuropathic pain, but standardized dosage that didn’t depend on smoking as a delivery mode would be much better therapeutic agents for obvious reasons.

In particular, there are six key cannabis extracts (out of a total of more than 100) — “primary cannabinoids” — that have been shown to produce pharmacodynamic effects through their CB1 and CB2 receptor affinities. Two forms of cannabidiol (CBD), two forms of cannabigerol (CBG), and two forms of cannabigevarin (CBGV) represent the most common cannabinoids found in the cannabis plant, apart from THC. The spectrum of available research suggests that some cannabinoids exert multiple effects on the human body, including but not limited to: impacting the immune response, nervous system function and repair, gastrointestinal maintenance and motility, motor function in muscles, pancreatic functionality and blood sugar regulation, and integrity of function in the eye, including the optic nerve. Cannabis and specific cannabinoids have been studied widely, and published data support the efficacy of these compounds in treating many disorders or alleviating disease-associated symptoms.

Cannabinoids (CBs), either produced within the body itself, or taken from an external source (eg: pharmaceutical cannabis medicines or medicinal Marijuana), are believed to exert effects that medical marijuana advocates maintain may be of benefit not only to patients with MS, but also Irritable Bowel Syndrome (IBS) and certain types of Inflammatory Bowel Disease (IBD), including Crohn’s Disease and Ulcerative Colitis. It is believed that medicinal marijuana affects Cannabinoid Receptors (CB) in the Gastrointestinal Tract and can exert effects that help relieve gastric and intestinal symptoms.

Claimed medicinal effects include reduction of pain, inflammation, diarrhea, gastrointestinal hypermotility and secretion. Cannabis can reduce painful Gastrointestinal cramping, as it is a smooth muscle relaxant and can relax the Intestinal spasms. Some medical marijuana advocates also believe that Cannabinoids can speed healing of injured Epithelial Tissues.

The operative premise behind claims for cannabinoids’ therapeutic efficacy is that the human body produces and utilizes its own cannabinoids, and that marijuana works for neurological pain because the phytocannabinoids it contains fit nicely into human cannabinoid receptors, and can be utilized by the human cannabinoid system, substituting for harmful, addictive, costly drugs with many unpleasant side-effects (including death), offering benefits they claim no other drug can match in terms of nausea-control and pain-relief.

NEMUS’s partnership with The University of Mississippi is key because UMISS is currently the only U.S. entity authorized by the Federal government to cultivate cannabis on its behalf. The school also holds a DEA registration to conduct cannabis research and previously held DEA registrations to cultivate cannabis and manufacture extracts for development of drug product candidates. Working under a competitive contract with the National Institute on Drug Abuse, the University of Mississippi School of Pharmacy, supplies high-quality marijuana and its constituents to the NIDA Drug Supply Program, which provides them to researchers studying their harmful and beneficial effects.

NIDA supports a drug supply program, which provides controlled substances (including research-grade marijuana) to researchers for scientific purposes. The marijuana supply program operates pursuant to the Single Convention on Narcotic Drugs (PDF, 680KB — note: strictly speaking, cannabis is not a narcotic), which requires each signatory nation to designate a single official source of marijuana for medicinal research. In the United States, NIDA has been designated the responsible agency, and contracts with the University of Mississippi to grow marijuana for use in research studies. The University designates a secure plot of land where marijuana crops are grown every few years, depending on demand. The marijuana is grown, harvested, stored, and made into cigarettes or other purified elements of marijuana to use for research.

NEMUS Bioscience Inc.’s Scientific Advisor Mahmoud A. Elsohly, PHD, is one of the world’s foremost cannabis science experts. He is also a Research Professor at the National Center for Natural Products Research and Professor of Pharmaceutics, School of Pharmacy, University of Mississippi, and President and Laboratory Director of ElSohly Laboratories (ELI) in Oxford, Mississippi. At the University of Mississippi, Dr. ElSohly serves as the Director of the Marijuana Project under contract with the National Institute on Drug Abuse (NIDA) where he carries out a wide range of activities dealing with the chemistry, analysis and product development aspects.