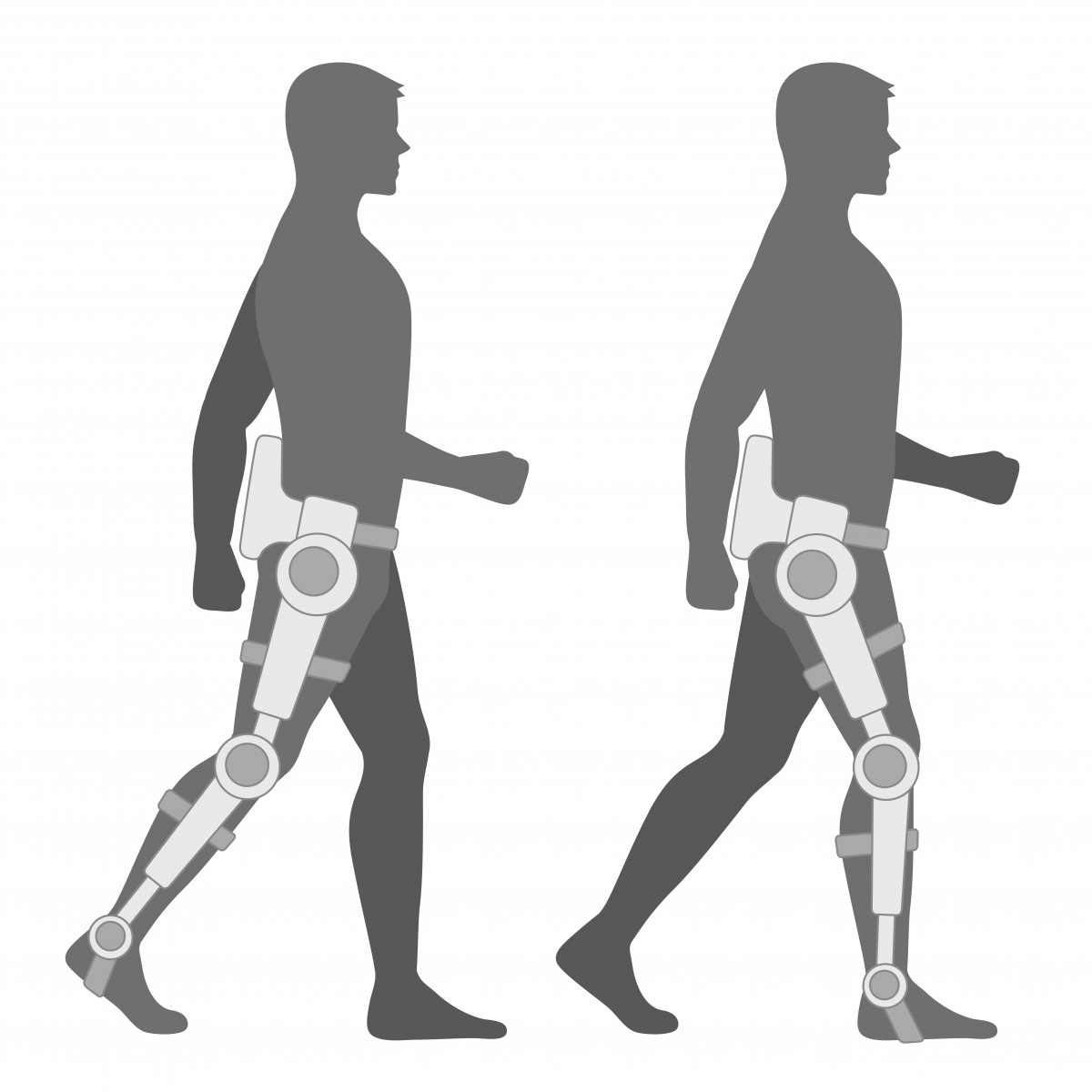 The first U.K. clinical trials of robotic legs that might allow people with mobility impairment to move — hands-free — are underway at the University of Kent.

Clinicians and engineers at Kent are carrying out the study in a partnership with the East Kent Hospital’s University Foundation Trust (EKHUFT). Scientists in the School of Engineering and Digital Arts (EDA) will examine the impact such simple freedom has on patients, both physically and mentally, noting that if the trial finds these exoskeletons effective, they have the potential to improve the health of people with paralysis due to a variety of causes, from multiple sclerosis, motor neuron disease, and stroke, to trauma suffered in accidents or war.

Sandy Fleming, with  University of Kent News, notes that increasing numbers of wheelchair users cannot walk at all, and sitting for extended periods places them at risk of complications. Walking assisted by these robotic legs could help diminish these risks, in addition to improving the patient’s independence and quality of life. The device is designed to lift the wearer from a sitting position into a supported standing position, and participate in physiotherapist-designed walking and stretching exercises.

For the bionic legs to enter wider use, however, the manufacturers need clinical validation of their reliability and safety in a variety of patients, since people with paralysis cannot risk falling, and to determine their efficacy in enhancing the quality of life for these patients.

The University of Kent is uniquely suited to support collaborations that bring researchers in the fields of engineering, biomedical engineering, medicine and psychology together with doctors and patients in these first U.K. trials. The bionic legs were originally developed by the United States Army for military personnel who had lost limbs in combat.

The Kent trial is being led by Dr. Mohamed Sakel, honorary senior research fellow at EDA and director/consultant or Neuro-Rehabilitation

EDA and EKHUFT have collaborated on a number of assistive technology projects, experience that gives them the skills and track-record to develop the walking device using robotic legs developed by the New

Zealand manufacturer, Rex Bionics, according to the press release. The company’s original robotic exoskeleton concept was designed in 2003, and the first prototype finalized in 2007 and formally launched in 2010, becoming commercially available in 2011. Because Rex wearers do not require the assistance of crutches to stand, the user’s hands are free, enabling a person to cook, take photos, use a workbench, write on a whiteboard, and so forth, while remaining stable and in control. Rex weighs approximately 84 pounds (38 kg), but the user carries none of this weight. The device supports 60 percent of the user’s weight through its frame, with 40 percent being held by the wearer’s own legs, providing some low-impact, weight-bearing exercise for the hips and lower limbs. Rex Bionics says this is a significant design feature because a well-established body of literature and research affirms the benefits of standing, walking, and weight-bearing in improving bone density, circulation, and general health and well-being. Custom-design sensors with high frequency sampling detect the location of limbs and joints. Half a million lines of proprietary microprocessors manage the actuator systems and ensure Rex is safely balanced. Motion is generated by 10 custom-designed linear actuators with sufficient power to move with a 100-kg (220-pound) user aboard, powered by rechargeable, interchangeable batteries. The Rex lithium-polymer battery (29.6V, 16.5Ah) carries a charge sufficient for approximately 60 minutes of normal use and is fully recharged in 90 minutes.

Use of exoskeletons like Rex and the institutional version, Rehab Rex, in rehabilitation centers enables healthcare providers and clinicians to offer benefits in mobility, and to better understand how robotic technology may enhance the lives of people, with the user able to perform home tasks previously impossible. Under a clinician’s supervision, patients can be reintroduced to passive movement of the joints and controlled weight-bearing.

The exoskeleton research at Kent is being supported by the National Institute for Health Research, Clinical Research Network: Kent, Surrey and Sussex, and is being funded by Rex Bionics. The research collaboration plans to further develop the Rex device to enhance its ease of use and reduce its formidable cost. The University of Kent trial is open to all residents of the U.K. and Ireland.

Rex Bionics is also embarking on a worldwide program of clinical trials, the first of which are the RAPPER trials (Robot Assisted Physiotherapy Exercises with Rex). RAPPER II is a prospective, open-label, single arm, non-randomized, non-comparative registry study of robot-assisted physiotherapy exercises with the Rex Robot-powered exercise system in patients with spinal cord or other injuries that prevent unsupported patient ambulation. Its objective is to evaluate the device’s overall safety when used under the supervision of a physician and/or qualified rehabilitation specialists.