Being a Lifelong Musician May Protect Brain From Damage of Aging Being a lifelong musician can help protect certain tracts of the brain’s white matter from damage during aging, potentially warding off conditions such as multiple sclerosis, Parkinson’s disease, or dementia for years.

That’s according to the study “Effects of Lifelong Musicianship on White Matter Integrity and Cognitive Brain Reserve,” published in Brain Sciences.

The brain’s white matter contains nerve fibers that connect different parts of the brain to one another. White matter gets its name from the whitish myelin sheath that surrounds these nerve fibers; multiple sclerosis is caused by the immune system erroneously launching an attack on that myelin sheath.

As a person gets older, the health of various brain regions — including many white matter areas — tends to decline as part of the normal process of aging. This is reflected by a “dimming” of these regions on MRI scans of the brain. The gradual decline of brain health with age is thought to be a key reason that neurological diseases become more prevalent in older individuals, but the processes controlling this decline are poorly understood.

An emerging body of research has suggested that regularly doing activities that require a lot of thought — such as playing an instrument or speaking multiple languages — can help to protect the brain from age-related decline.

Here, scientists at Duke University in North Carolina conducted brain scans of eight adults who were lifelong musicians. The musicians ranged in age from 20 to 67, and five were female.

All played piano or violin since childhood — starting between the ages of 3 and 12 — and were still regularly active, reporting practicing at least three hours per day on average and up to nine hours per day during peak times (e.g., near performances). The amount of time spent as a regular musician varied according to age.

Specifically, the researchers looked at three white matter tracts on both sides of the brain: the superior longitudinal fasciculus (SLF), the uncinate fasciculus (UF), and the sagittal striatum (SS). The SLF and UF have been shown to be involved in musicianship; the SS has been associated with bilingualism.

Normally, the FA of all three brain regions would be expected to generally decrease with age, in keeping with the normal aging process. Among the musicians, the FA of the SS did indeed tend to decrease in older individuals.

However, the opposite trend was evident for the SLF and UF: in these music-relevant white matter tracts, the FA actually tended to be higher in older musicians compared with younger ones.

“Our findings suggest that lifelong musicianship may contribute to WM integrity in the bilateral SLF and the bilateral UF in aging,” the researchers concluded.

“This study is a preliminary contribution to the growing body of research on behavioral cognitive reserve and suggests additional evidence that highly proficient musicianship may produce similar effects of higher FA values in certain WM tracts, while differing in others,” they added.

“Future studies that compare different types of musicianship (instrumentalists, vocalists, conductors) and bi- or multilinguals will provide new points of comparison between these groups and more specificity in defining the impact of cognitive reserve and changes to WM integrity in healthy aging,” the team wrote. 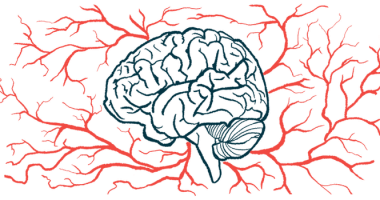