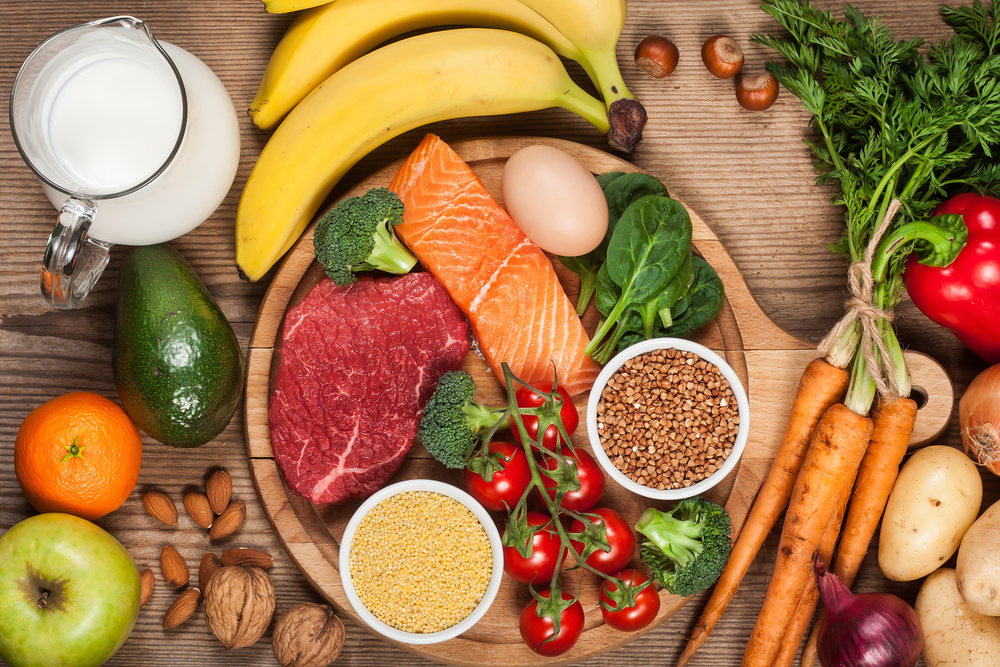 Substantial amounts of vegetables, fruits, fiber, and healthy fats were associated with better overall health in these MS patients, the scientists reported.

The study, “Adherence to dietary guidelines is associated with better physical and mental quality of life: results from a cross-sectional survey among 728 Dutch MS patients,” was published in the journal Nutritional Neuroscience.

A growing number of studies suggest that adopting a healthy diet may lower the risk of developing MS or its progression. Although there is a wide variety of MS-related cookbooks and online dietary advice, most are based on individual experiences and have not been adequately tested.

Information comparing the quality of life (QoL) of patients who follow specific diets to those who do not is also limited, and most dietary studies in MS have been performed in the U.S.

Given these limitations, researchers based at the Wageningen University, in the Netherlands, designed a study to investigate the association between diet and life quality in a large group of Dutch adults with MS, and to evaluate MS-specific diets.

An online survey collected data. Diet quality was assessed with the Dutch Healthy Diet index (DHD-Index), a quality score that included eight dietary components: vegetables, fruits, fiber, fish, saturated fat, trans fat, salt, and alcohol. For each component, the score ranged between zero and 10, with a total score between zero (no adherence) and 80 (complete adherence). Low intake of fats, salt, or alcohol was considered high adherence.

Participants included 623 women (average age, 45) and 105 men (average age, 53). The majority in both groups had a healthy body weight, based on body-fat as measured by the body-mass-index (BMI), and over 80% were non-smokers. One out of five participants met physical activity guidelines of 30 minutes each day for five days per week. More often, men were diagnosed with progressive MS, while women had relapsing-remitting MS.

Analysis revealed that women had an overall DHD-Index of 57.9, which was 2.9 points higher than the 55.0 score for men under this Dutch Healthy Diet Index. This was mainly due to higher scores for vegetables and fiber consumption, and salt use, “meaning a higher or more frequent intake of vegetables and fiber and a lower intake of salt,” the researchers wrote.

Significant differences between low, average, and high DHD-Index scores among both men and women were evident, especially for vegetables, fruits, fish, and saturated fat. The team saw a lower intake of trans-fat and alcohol in all participants.

Women with the highest DHD-Index scores were more educated, had a normal BMI, did not smoke, and met physical activity guidelines more often than people with the lowest scores. No differences were found for age and MS type.

More than one-third of respondents indicated following a specific diet, which was most often restricted in carbohydrates. Patients following diets had a seven-point higher DHD-index compared to those who did not. Participants following a diet were more often women and non-smokers, with higher education and more physically active lifestyles.

The Jelinek diet, designed for people with MS, is a vegan diet plus seafood, which excludes saturated fat, processed foods, dairy, eggs, and meats. This diet was mention by less than 5% of participants, but those following it had a DHD-index score 10 points higher than those that did not follow a specific diet.

The highest mental health QoL scores were seen in respondents following a high-fiber diet, whereas those following a vegetarian diet had the highest physical QoL scores.

“Our findings in this sample of the Dutch population of MS patients confirm those of an international [study], in which diets that were characterized by ample amounts of vegetables, fruits, [fiber] and healthy fats were associated with better physical and mental health,” the investigators wrote.

“Longitudinal studies and randomised controlled trials are needed to test whether starting an MS-diet or taking measures to better adhere to the general dietary guidelines improves QoL and reduced disease activity and slows disease progression,” they added.