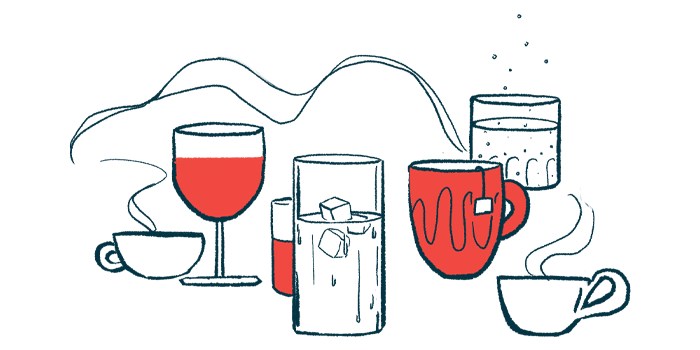 Not drinking alcohol significantly increases the risk of developing multiple sclerosis (MS), especially if a person also is a current or former smoker, according to a new study.

These findings add to the knowledge, discovered in multiple previous studies, that alcohol decreases the activity of the immune system. According to the researchers, this may account for the known connection between alcohol consumption and reduced MS risk — given that MS is characterized by an overactive immune system.

While these new data “are relevant for clinical practice and give no support for advising healthy individuals with MS heredity, or individuals with MS, to completely refrain from alcohol,” they also don’t support increasing alcohol consumption, the researchers said.

“Consumption of alcohol has detrimental effects on other disease conditions, and better understanding of the mechanisms behind our findings may help to define ways to achieve protection against MS by other means than alcohol consumption,” they wrote.

The study, “The increased risk of multiple sclerosis associated with HLA-DRB1*15:01 and smoking is modified by alcohol consumption,” was published in Scientific Reports.

MS is caused by the immune system attacking healthy nerve cells, but the reasons the disease develops are not entirely understood. Environmental factors such as drug use, as well as a person’s genetics, all are thought to contribute to the risk of developing MS.

Although smoking cigarettes is a well-established risk factor for MS, it’s less clear how alcohol affects MS risk. Now, a trio of researchers in Sweden have conducted a case-control analysis, using a Swedish population database, in an attempt to tease out this effect. The database, designed to examine environmental and genetic risk factors for MS, includes individuals ages 16–70.

The analysis included 2,059 people with MS, and 2,887 without. Healthy individuals, used as controls, were matched to patients by age, sex, and area of residence. Across both groups, roughly one-third of participants reported never drinking alcohol, and about half had smoked cigarettes in their lifetime.

Using statistical analyses, the researchers calculated the effect of alcohol consumption on MS risk, taking into account smoking status as well as whether or not individuals were positive for HLA-DRB1*15:01, a genetic variation known to increase the risk of MS. Of note, scientists have identified more than 200 genetic risk variants, or disease-associated mutations, that potentially contribute to MS susceptibility.

Healthy Eating and MS: Foods to Eat and Avoid

Here, the results showed that alcohol consumption was tied to a lower risk of MS — never-drinkers were roughly 20% more likely to develop the disease. This reduction in risk was more pronounced among current and past smokers than never-smokers.

“The interaction between non-drinking and smoking was less pronounced among past smokers than among current smokers, although still significant,” the researchers wrote. “This finding may not be surprising considering the long-lasting detrimental effect of smoking on MS risk after smoking cessation.”

Further analyses showed that people with all three risk factors — never-drinkers, those who had ever smoked cigarettes, and individuals positive for the HLA-DRB1*15:01 variant — were about seven times more likely to develop MS, compared with those who had none of these risk factors.

“Non-drinkers have an increased risk of developing MS compared to drinkers, and non-drinking interacts with [the HLA-DRB1*15:01 variant] and smoking to increase the risk of the disease,” the scientists wrote.

The team also noted similar data highlighting a link between non-drinking, smoking, and the gene variant with regard to a person’s risk of developing rheumatoid arthritis.

“Alcohol thus seems to have a similar impact on both MS and rheumatoid arthritis, which are both complex … inflammatory diseases,” the team wrote, noting that research into the “the molecular mechanisms underlying the specific interactions presented in this report” may be helpful in furthering scientists’ understanding of both disorders.