MS Patients at Greater Cancer Risk for Reasons That Include Lifestyle People with multiple sclerosis (MS) are at greater risk of developing cancer than the general population, according to a French study involving nearly 100,000 patients.

The study, “Incidence and risk of cancer among Multiple Sclerosis patients: a matched population-based cohort study,” was published in the European Journal of Neurology.

MS is a chronic autoimmune condition associated with an erroneous immune response against myelin, the fatty substance that covers nerve fibers and is key for efficient communication between nerve cells.

People with MS have a disrupted balance between inflammatory cells, which help protect the body from infection, and regulatory T-cells, which prevent excessive immune responses.

There is some evidence that increased inflammation from specific cells and immunosuppression induced by the T-cells may promote cancer.

“Since the immune system plays an important role in both MS and cancer, it seems plausible that cancer risk is altered in MS,” the researchers wrote. “The cancer risk in MS patients has been widely explored but results have not yet been conclusive.”

To determine this risk in people with MS, researchers at Bordeaux PharmacoEpi and Merck KGaA (known as EMD Serono in North America) investigated the rates of cancer among the 95,474 MS patients included in the nationwide French healthcare database from 2008 to 2014. An equal number from the general population, matched to patients by age and sex, were used as controls.

On average, the patients and controls were around 47.1 years old, and 72.4% of them were women. The average follow-up was 6.2 years.

The incidence rate of cancer (excluding nonmelanoma skin cancer) for the MS patients was estimated at 576 per 100,000 person-years — a measurement that takes into account both the number of people in the study and the amount of time each person spends in it. In contrast, the incidence rate for the control group was estimated at 424 per 100,000 person-years.

Statistical analyses then demonstrated that the overall risk of cancer was 36% greater in MS patients than in the general population, with the results being similar for men and women and across age groups.

Women with MS had a slightly higher risk of breast cancer (12% greater) than controls, but this lost statistical significance when risk was re-assessed according to age.

The researchers suggest that fewer children and delaying pregnancy until later in life, both of which are common among MS patients, “could thus account for the presently observed trend of increased breast cancer risk.”

Meanwhile, men with MS had an increased risk of prostate cancer (over twofold) compared with controls, particularly in men older than 50.

According to the investigators, this may be due to people with MS undergoing more screenings than those without MS, given the common nature of urinary disorders as the disease progresses.

“Multiple studies have observed that obesity in early adulthood may contribute to an increased risk of developing MS. Increasing [body mass index, a measure of body fat] in men, potentially related to visceral obesity, is also known to be associated with an increased risk of colorectal cancer,” the researchers wrote.

Finally, MS patients had a 2.3-fold higher risk for trachea, bronchus, and lung cancer. This risk was particularly high in men and among middle-age and older patients (40–69 years).

“We observed a higher risk of trachea bronchus and lung cancer among patients with MS that could be associated with individual behavior such as smoking,” the researchers wrote. “Studies have reported excessive smoking among MS patients compared with the non-MS population that could be responsible for this increased risk of cancer.”

The increased risk of cancer overall might be explained by the chronic inflammation caused by MS and the use of immunosuppressants, which result “in loss of immune protection against cancer,” the team said.

Some study limitations were noted by investigators, namely that patients and controls were not matched for demographic characteristics, nor were results adjusted for other clinical conditions or health behaviors, like smoking, diet, and physical activity. Additionally, the study did not take into account the potential effects of MS therapies on cancer risk. 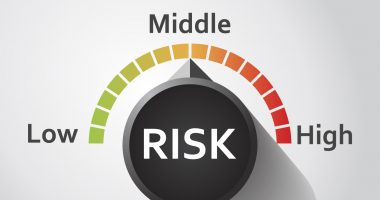 MS Patients at Higher Risk of Bladder Cancer, But Not Breast, Colorectal Cancer