Infection with the herpes simplex virus does not increase the risk of multiple sclerosis (MS), according to a new analysis based on genetic data.

The study, “Mendelian Randomization Analysis Suggests No Associations of Herpes Simplex Virus Infections With Multiple Sclerosis,” was published in Frontiers in Neuroscience.

There are two main types of herpes simplex virus (HSV): HSV-1, which causes oral herpes (cold sores), and HSV-2, which causes genital herpes. Both forms are very common. Globally, about 13% of the population has HSV-2 infections, and about two out of every three people have been infected with HSV-1.

MS is a disorder wherein the immune system, which normally helps fight off infections like HSV, accidentally attacks healthy cells in the brain and spinal cord. The causes of this abnormal immune attack are not fully understood.

Some research has linked certain viruses, such as the Epstein-Barr virus that causes infectious mononucleosis, or “mono,” with an increased MS risk.

Some studies have suggested that HSV infection increases the risk of MS, while others have found no association. The fact that HSV infections are so common further complicates these analyses and makes it difficult to draw cause-and-effect conclusions.

An international group of scientists performed a type of genetic analysis called Mendelian randomization, which takes advantage of the fact that certain genetic variants are associated with a higher or lower risk of HSV infection.

Even though these genetic differences do not tell the whole story when it comes to infection, in a very large population, they can be used to categorize individuals for high or low risk of developing an infection.

In theory, if HSV infection causally increases the risk of developing MS, then MS should be more common in people who are at higher risk of having an HSV infection.

The analysis included 14,802 people diagnosed with MS, as well as 26,703 without the disease. All of those analyzed were of European ancestry, which was noted as a limitation of the study as the results may not apply to people of other genetic backgrounds.

“We failed to provide evidence for the effect of HSV on the risk of MS,” the researchers wrote. The team noted that the interplay between HSV and MS is complex and multi-faceted, and stressed that more research was needed to understand how the infection and the autoimmune disease may affect each other. 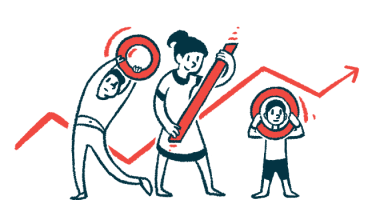