Rates of sexual and emotional abuse are higher in women with multiple sclerosis (MS) compared with women in the general population, according to a new study from Norway.

These women are also at more than two times higher risk of being revictimized, which occurs when a person who has been abused during childhood is further abused as an adult.

“Clinicians should be aware of these associations when treating women with MS, as abuse experiences have severe and long-term impact on physical and mental health,” the researchers wrote.

The study, “Abuse and revictimization in adulthood in multiple sclerosis: a cross-sectional study during pregnancy,” was published in the Journal of Neurology.

Studies have suggested that MS patients are disproportionately more likely to have undergone childhood abuse than the general population and most patients with advanced disease report being maltreated by their caregivers. This can have “long-term consequences for mental and physical health,” the researchers wrote.

Scientists in Norway analyzed abuse rates among pregnant women in that country between 1999 and 2008 who had available questionnaire data gathered in the Norwegian Mother, Father, and Child Cohort Study.

“Our aim was to investigate the occurrence of abuse in adulthood in pregnant women with MS and their risk of experiencing revictimization after childhood abuse,” the scientists wrote.

The analysis included data for 106 women with MS, as well as 77,278 women without the disease. Those with MS were generally more likely to have depression, be overweight, or have a history of smoking. Their partners also more often had a low education level.

A larger proportion of women with MS reported any form of abuse (emotional, physical, or sexual) compared with those without (26% vs. 20%), although the difference was not statistically significant.

Rates of abuse during or near to pregnancy were also similar in women with or without MS (8% and 6%), though the researchers emphasized that these numbers are unacceptably high.

“Abuse during pregnancy is of particular concern because of the increased risk of physical and mental pregnancy complications, including perinatal depression,” they wrote.

While rates of physical abuse or threats were similar in both groups, women with MS were more likely to have experienced systematic emotional abuse (21% vs. 13%), where someone has subdued, degraded or humiliated them routinely over a period of time.

Rates of sexual abuse were somewhat higher among women with MS (10% and 6%), but the difference was not statistically significant. However, women with MS were significantly more likely to have been raped as an adult (6% vs. 3%).

The researchers noted that the increased abuse risk among women with MS was particularly pronounced for those of lower socioeconomic status, defined as having a low household income, being a non-cohabiting mother, or having a low education level.

Childhood abuse was reported by 21% of the women with MS and 19% of those without. These differences were not statistically significant, but women with MS were more than 2.23 times more likely to be revictimized, an analysis showed.

“Our study found an increased risk of emotional abuse as well as rape in adulthood in women with MS. For emotional abuse, the risk was highest for systematic humiliation,” the researchers wrote. “Furthermore, women with MS had a higher occurrence of revictimization compared to women without MS.” 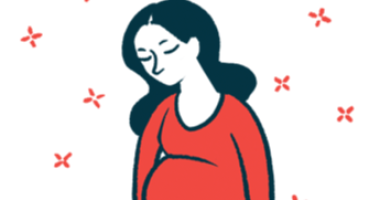