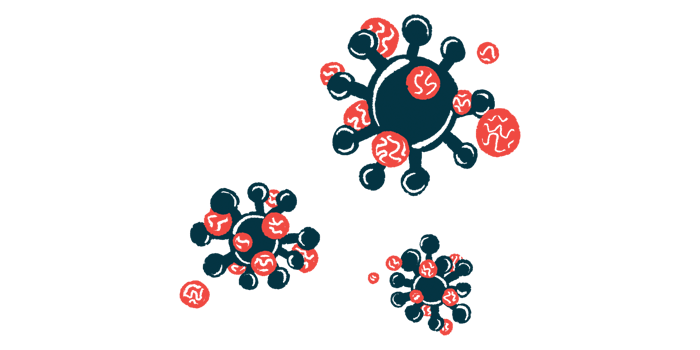 A protein in the virus that causes COVID-19 is structurally similar to several proteins targeted by the immune system in multiple sclerosis (MS), a new study shows.

The results provide a potential mechanism for how COVID-19 could trigger MS-like disease in susceptible individuals, researchers said.

Since it was first identified in late 2019, scientists have learned much about SARS-CoV-2, the virus that causes COVID-19. However, how the virus contributes to disease in humans remains unknown.

Since the start of the pandemic, there have been scattered reports of people who developed neurological disorders, including MS, shortly after having COVID-19. While there’s not enough data to suggest that COVID-19 can cause MS, there is data suggesting infection with other viruses — most notably Epstein-Barr virus (EBV) — can set the stage for MS to develop.

Two scientists at the National Institute of Allergy and Infectious Diseases, part of the National Institutes of Health, sought to explore what might make the SARS-CoV-2 virus contribute to MS and related diseases. They hypothesized that similarities between the virus and healthy brain cells might lead to an erroneous immune attack.

Immune cells like B-cells and T-cells are equipped with a specialized receptor that will only bind to one specific target, sort of like a key fitting only a certain lock. When a receptor binds to its target, it activates the cell to attack, releasing signaling molecules to trigger inflammation.

Normally, immune cell receptors bind to pieces of viruses or bacteria that can cause infections. But a feature of autoimmune diseases like MS is the presence of cells with receptors that bind to the body’s own healthy tissue. In MS, the autoimmune attack is directed against the myelin sheath, a fatty covering around nerve fibers.

The researchers hypothesized that proteins in the SARS-CoV-2 virus might be structurally similar to brain proteins, such that immune receptors against the virus could also bind to healthy brain proteins and trigger an autoimmune response — a process known as “molecular mimicry.” Similar mechanisms have been established for EBV and MS.

To test this idea, the researchers analyzed the structure of SARS-CoV-2 proteins as well as more than 100 brain proteins that’ve been established as immune targets in MS.

Many viral proteins, such as the spike protein that the virus uses to get inside of cells during infection, didn’t show any noteworthy structural similarities with any MS proteins. However, the nucleocapsid protein was similar to 22 MS-related proteins and an analysis of one of the MS-related proteins, called myelin proteolipid protein or PLP, showed those similarities were in regions that have a high propensity for activating immune cells (specifically T-cells)

“We found that nucleocapsid significantly overlapped with MS-associated proteins, including PLP,” the scientists wrote. “Our work suggests that a variety of proteins may be involved in triggering autoimmunity associated with MS [disease development] in certain individuals.”

“Overall, these results provide a computational basis for the potential of SARS-CoV-2 to initiate T-cell-driven molecular mimicry through specific MS-associated proteins,” the researchers wrote, noting that further research would shed more light on the virus and its interactions with the immune system.