Intervention had no effect on other self-reported measures of disease, however 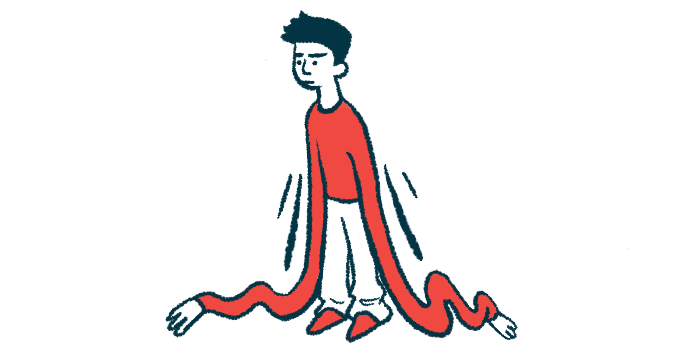 A behavioral intervention that teaches people with multiple sclerosis (MS) strategies for becoming physically active significantly improved patient-reported measures of fatigue over a year, but had no effect on other self-reported disease measures, according to new data from a Phase 3 trial.

Earlier results had shown that the approach, which sought to increase activity through changes in everyday life using leisure, occupational, and household activities, resulted in immediate and sustained gains.

“This study provides evidence for the effectiveness of a novel, widely scalable approach for physical activity promotion and fatigue management in persons with MS,” the researchers wrote about their study, “Randomized controlled trial of the behavioral intervention for increasing physical activity in multiple sclerosis project: Secondary, patient-reported outcomes,” which was published in Contemporary Clinical Trials.

The standard approach for promoting activity has typically involved structured, supervised exercise programs. These bring considerable benefits, but most patients go back to being inactive after they conclude.

A Phase 2 trial investigating this approach showed positive effects on the amount of physical activity, as well as improvements in fatigue, depression and anxiety, in walking function, and disability. That trial compared the behavioral intervention for physical activity in MS, called BIPAMS, with a control group that received no intervention, however.

A Phase 3 trial (NCT03490240) investigated the effects of BIPAMS versus a control intervention, called Wellness for MS (WellMS), that promoted general wellness without changes in physical activity.

The intervention included 13 one-on-one video chats with a behavioral coach over six months and participants had access to a dedicated website with a personal tracker and activity monitor, as well as discussion forums.

In the control intervention, participants had nine one-on-one chats with behavioral coaches about self-managing MS symptoms, but without physical activity. They also had access to a dedicated website with interactive video courses and forums, but not to a personal tracker and activity monitor.

This type of control was chosen to “account for attention and social contact as well as other possible biases such as initial reactivity and time spent on the website and video chats,” the researchers wrote.

The trial’s primary goal was to determine if BIPAMS impacted measures of physical activity, including minutes per day of moderate to vigorous physical activities and number of steps per day. Secondary goals determined its impact on patient-reported outcomes, including walking and cognitive function, fatigue, depression, anxiety, pain, sleep quality, and quality of life.

The trial included 318 MS patients, ages 18–64, who weren’t meeting physical activity goals for MS, that is, regular physical more than two days a week in the six months before enrolling, and could walk, even if with assistance. A total of 124 participants in each group completed the follow-up assessments after six months.

After six months, the BIPAMS group saw significant improvements in two assessments of fatigue — the Fatigue Severity Scale (FSS) and the physical fatigue subcomponent of the Modified Fatigue Impact Scale (MFIS) — which were maintained after a year.

The degree of FSS changes however, didn’t exceed the minimally important difference for a “clinically relevant change in fatigue in MS,” the researchers wrote. No changes in cognitive, psychosocial measures seen in study

The group showed no changes in the cognitive or psychosocial scales of the MFIS scale, and the control group also had no significant changes in fatigue over time.

“This indicated immediate and sustained reductions in overall fatigue severity … and the physical impact of fatigue in the BIPAMS condition, but not in the WellMS condition,” the researchers wrote.

Beyond fatigue, the other assessed outcomes didn’t change over time in both groups, indicating BIPAMS didn’t affect measures of walking and cognitive function, depression, anxiety, pain, sleep quality, and quality of life.

The researchers proposed several explanations for this. For example, fatigue was the only outcome with elevated scores at baseline, giving more room for an improvement to be detected. Another factor might be that fatigue was not targeted in the control intervention. A final explanation might be that the other measures may require other, more focused interventions than the one used in the study.