Variations found in how treatment effectiveness was assessed over time In evaluating potential treatments for multiple sclerosis (MS) over the past two decades, England’s National Institute for Health and Care Excellence (NICE) made differing assumptions about whether and how the therapies’ effects will diminish over time.

Such assumptions have a significant impact in estimating a therapy’s cost-effectiveness — a key metric when regulators are considering the approval of MS treatments. Thus, better recommendations to consider treatment waning in long-term economic analyses are needed.

“Although many [treatments] used within the scope of MS have been appraised by the same appraisal committee at NICE, we have found variation in how waning of the treatment effect had been applied,” researchers wrote. “Consistency in application of waning [assessments] should be made by those tasked with making these important policy decisions.”

These were the findings of a new study, “Is the assumption of waning of treatment effect applied consistently across NICE technology appraisals? A case-study focusing on disease-modifying therapies for treatment of multiple sclerosis,” published in the International Journal of Technology Assessment in Health Care.

Disease-modifying therapies, known as DMTs, are medications that have been proven in clinical trials to slow the progression of MS. There are more than a dozen DMTs widely approved for relapsing types of MS; these therapies generally work by reducing immune activity, which lessens disease-driving inflammation.

NICE is responsible for providing guidance about how to allocate resources within England’s public health insurance system. This includes deciding how DMTs for use by MS patients will be covered.

To provide evidence-based guidance, NICE relies on economic models that assess the costs of MS treatments over time, in comparison with the benefits for people being treated. These models provide a so-called cost-benefit analysis.

One important question in designing these models is whether or not the effect of treatment wanes or gets weaker over time.

The issue for regulators is that clinical trials usually only last a year or two but these models are assessing costs over the course of decades. Thus, there’s generally little hard evidence to go on when making assumptions about whether or not the treatment effect will wane.

Nonetheless, these assumptions can have substantial impacts on the results of the models in terms of the cost-benefit profile of treatments.

In this study, a team of scientists analyzed NICE documents covering DMT appraisals done between 2000 and 2021. Their goal was “to summarize whether and how waning of the treatment effect has been included in the model-based economic analyses.”

The team noted that “this issue is frequently debated during NICE technology appraisal committee meetings, especially when appraising DMTs.”

The review consisted of a total of 15 technology appraisals covering 16 DMTs. At the end of reviews, NICE recommended coverage for all of these medicines except one, Zeposia (ozanimod). In that case, NICE did not recommend coverage after extensive reviews. One therapy, Zinbryta (daclizumab), developed by Biogen and AbbVie, was eventually withdrawn by the companies due to safety concerns.

Overall, the team found there was variation from DMT to DMT in how developers and NICE committees made assumptions about waning treatment effect. Most — nine developer applications and 11 NICE appraisals — included some assumption of a decreasing effect over time, though there were variations in the specific assumptions made.

According to researchers, there was minimal evidence provided for why these assumptions were included.

“The most reported justifications were that this assumption represented a conservative approach or that waning was adopted to be in line with previous appraisals,” the researchers wrote.

Consistency in application of waning [assessments] should be made by those tasked with making these important policy decisions.

In a few cases, the assumption was made that the treatment effect did not diminish over time. In particular, some developers of DMTs containing humanized monoclonal antibodies argued that because the therapies are humanized — that is, produced by human cells — they are not likely to be less effective over time. But the researchers noted there’s little concrete evidence to support this idea, and there are still biologically plausible mechanisms that could make the therapy less effective over time.

For other DMTs, the rate of discontinuation — patients choosing to stop taking the therapy — was used as a proxy for calculating the diminishing effect overtime. The researchers noted that “the scientific, clinical, or pharmacologic rationale to adopt treatment discontinuation as a proxy for waning … is unsupported by evidence.”

The researchers called for efforts to better standardize how assumptions about the effects of MS treatments over time are included in economic analyses.

“The waning assumption, how it is implemented and at which timepoint may have an impact on the cost-effectiveness results, and by corollary, the decisions made,” the team concluded, adding, “More refined recommendations should be considered in methods guides.” 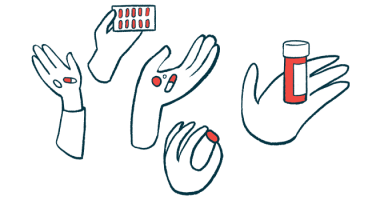