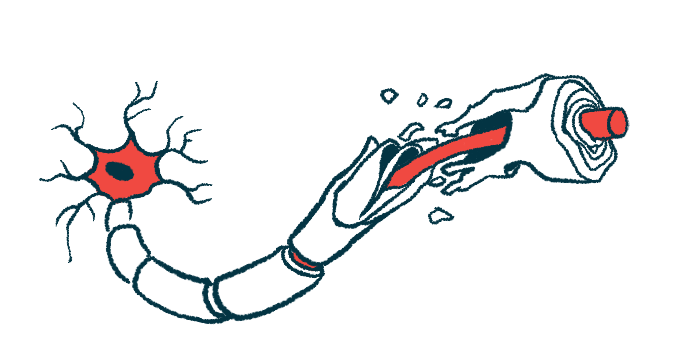 Multiple sclerosis (MS) is a disease in which inflammation in the central nervous system causes damage to myelin, a fatty sheath around nerve fibers, resulting in a faulty transmission of electric signals along nerve cells.

In most patients, the disease is marked by periods of new or worsening symptoms, called MS relapses or flare-ups, interspersed with remissions, or periods where symptoms ease or go away entirely.

Relapses are a defining hallmark of relapsing-remitting MS, the most common form of MS. More rarely, these periods of symptom worsening also can be experienced by people with progressive types of MS, including primary progressive MS and secondary progressive MS.

What is an MS relapse?

According to the 2017 revisions to the McDonald Criteria, a set of guidelines that help diagnose MS, a relapse is defined as a “clinical episode with patient-reported symptoms and objective findings typical of multiple sclerosis, … with a duration of at least 24 [hours], with or without recovery, and in the absence of fever or infection.”

In other words, it can be defined as the appearance of new symptoms or the worsening of older ones for a period of 24 hours or more that cannot be explained by other factors such as a change in body temperature or infections. These symptoms also must occur at least 30 days after the last relapse.

Other terms, including MS attack, flare-up, exacerbation, episode, or clinical event, are also sometimes used to refer to relapses.

The experience with an MS exacerbation is different for everyone and may also differ between relapses that occur in the same person. Some relapses may cause severe problems in day-to-day life or require hospital treatment, whereas others might be mild enough that they can be managed at home with support.

Symptoms of a relapse generally depend on the specific parts of the central nervous system being damaged by the immune system, but any MS symptom may be brought on or made worse by a relapse.

The most common symptoms associated with relapses include: Some columnists at Multiple Sclerosis News Today have described their experiences with MS flare-ups.

“For the past couple weeks, both of my hands have felt weird. The skin on my hands has been tight, tingly, and a little numb, while the rest of my body has felt numb on the surface of the skin,” Jessie Ace wrote in her column.

“Starting from the beginning, my first symptom was facial numbness and blurred vision,” Beth Ullah wrote in a column.

“During the attacks my body seized up and I was unable to walk. My legs were so weak they would give out. My body was inflamed and everything was on fire with cramping and soreness. My usual fatigue was quadrupled. My strength was gone and I felt helpless,” Debi Wilson wrote.

How long does an average MS relapse last?

Symptoms of an MS flare-up usually come on quickly, over a period of hours or days. Relapses usually last for about four to six weeks, though they can be as short as only a few days or as long as several months.

Quick Facts: MS relapses can be defined as the appearance of new symptoms or the worsening of older ones for a period of 24 hours or more that cannot be explained by other factors.

Do MS relapses go away on their own?

Relapse symptoms usually will ease on their own without treatment, though the timing of recovery varies widely and may take days, weeks, or months. Treatments can help speed the recovery from symptoms after an MS episode.

Most patients will recover after an acute exacerbation, though the recovery is not always complete — in other words, some people will experience lingering symptoms after a relapse. This happens in about half of all relapses overall and is generally associated with a poorer prognosis of MS.

Causes and triggers of MS relapses

Relapses are caused by new or worsening inflammation in the nervous system, which causes acute damage to nerves and gives rise to symptoms. Exactly what causes MS-driving inflammation to develop or worsen is still not completely understood, but several factors have been linked to altered relapse risk.

Serious infections can trigger a relapse of MS. They also can cause a temporary worsening of MS symptoms, sometimes called a pseudo-relapse, due to an increase in core body temperature (fever). Thus, infections in people with MS should be treated promptly.

Because vaccines have not been shown to increase relapse risk and can prevent infections — which are an established relapse trigger — it’s generally recommended MS patients receive all appropriate vaccines.

Smoking cigarettes has been linked to an increased relapse risk. MS patients who smoke also are generally more likely to experience a faster disease progression, with more rapid accumulation of disabling symptoms.

Smoking can also have an indirect effect on relapses by making patients more susceptible to respiratory infections. It’s generally recommended MS patients who smoke quit if they are able to do so.

The frequency of MS relapses tends to decrease during pregnancy, especially during the third trimester. However, relapse risk is increased in the period immediately after childbirth. Overall, pregnancy does not alter the course of MS.

Many people with MS have anecdotally reported stress acts as a trigger for their relapses. Some studies have  suggested a link between stress and a greater relapse risk, but other research has shown little or no connection.

This type of research is complicated by the subjective nature of stress, and the fact that MS itself can be stressful, which often makes it impossible to reliably tease out cause-and-effect relationships.

Some studies have suggested alcohol has immunomodulatory and neuroprotective properties that can help slow disability progression in MS patients, but others have shown contradicting results. Overall, research has not shown a clear connection between alcohol consumption and outcomes in MS.

Yet, alcohol’s typical effects on the body may cause a temporary worsening of some MS symptoms, such as cognitive impairment, balance difficulty, depression, and bladder problems.

Is there a way to prevent MS relapses?

Perhaps the most powerful approach to reduce relapse risk is the use of disease-modifying therapies (DMTs), medicines proven in clinical trials to reduce the frequency of relapses and overall disease progression. There are more than a dozen DMTs approved to treat relapsing forms of MS in the U.S.

These medicines reduce inflammation to prevent new neurological damage from occurring. However, they do not repair damage that has already occurred, so it’s generally recommended that people with relapsing MS start on a DMT as early as possible.

Lifestyle changes including quitting smoking, getting vaccinated to avoid infections, and eating balanced diets also may help to reduce relapse risk. There also is some evidence exercise may reduce relapse rates and improve recovery in patients who experience them.

While disease-modifying therapies and lifestyle adjustments can help reduce the frequency of relapses, most MS patients still will experience occasional disease exacerbations, which may require management with specific medications.

How do you calm an MS relapse?

No two MS relapses are exactly the same, and management is broadly tailored based on the needs of the individual. Some flare-ups may be mild enough that little or no additional support in day-to-day life is needed to manage them, and most symptoms will eventually ease on their own.

Other episodes may involve more debilitating symptoms, such as loss of vision, severe weakness, or problems with balance, that cause substantial problems with a person’s ability to function and can even require hospitalization.

Patients who experience these severe relapses may require treatment, which broadly aims to dampen the acute inflammation driving symptoms, thus speeding up recovery from relapses and reducing their severity.

Glucocorticoids, a class of corticosteroids, are usually the first line of treatment for severe MS relapses. These are powerful anti-inflammatory medications that work by mimicking the activity of cortisol, a naturally occurring hormone that suppresses the immune system. Glucocorticoids commonly used to treat MS relapses include:

In patients who do not respond well or are unable to tolerate corticosteroids, therapies containing a purified form of the adrenocorticotropic hormone (ACTH) can be used as an alternative relapse management approach. These therapies work by stimulating the production of cortisol and other hormones in the body. Two products containing a purified preparation of ACTH are approved for managing MS relapses in the U.S.:

Plasmapheresis, or plasma exchange, is another approach sometimes considered when patients fail to adequately respond to corticosteroid therapy. The procedure involves removing and replacing a person’s plasma — the liquid portion of blood — to eliminate antibodies and other molecules that may be contributing to the inflammation driving MS exacerbations.

When should you see a doctor for an MS relapse?

It’s generally advised MS patients should let their healthcare team know any time they suspect they’re having a relapse to discuss possible triggers and any next steps for management. If symptoms are causing substantial problems in day-to-day life, it’s recommended patients seek prompt medical attention.

As relapses can be common when living with MS, some individual care teams provide more detailed instructions about what to do during a relapse — for example, some institutions have relapse clinics for MS patients or a phone number to call in case of suspected relapses.

Is there a difference between MS relapses and MS flare-ups?

“MS relapse” and “MS flare-up” are synonyms that can be used interchangeably. Both terms refer to a sudden worsening of multiple sclerosis (MS) symptoms in the absence of fever or infection. Other terms such as attack, clinical episode, and exacerbation also may be used in reference to an MS relapse.

What happens during an MS relapse?

The biological underpinnings of relapses in multiple sclerosis are incompletely understood, but broadly, relapses are driven by new or worsening inflammation damaging nerves in the brain and spinal cord. This can interfere with nerve signals and ultimately lead to the appearance of new symptoms or the worsening of older ones.

What should you do during an MS relapse?

Some multiple sclerosis (MS) relapses are mild enough that they do not require treatment, whereas others may be severe enough to cause significant impairment. However, it’s generally recommended patients who think they are experiencing a relapse contact their healthcare team to determine the next steps in their management.

Multiple sclerosis (MS) exacerbations can cause any of the wide range of symptoms that may occur in MS; the specific symptoms depend on which parts of the nervous system are being actively damaged, and will vary from patient to patient and even from relapse to relapse for individuals. Some of the most common relapse symptoms include fatigue, pain or other unusual sensations, weakness, spasticity, difficulty with coordination or cognition, bladder problems, and vision difficulties.

Can cold or heat cause MS relapses?

Some multiple sclerosis patients are particularly sensitive to changes in body temperature and may experience a temporary worsening of multiple sclerosis symptoms called a pseudo-exacerbation. This worsening of symptoms may feel similar to an MS relapse, but it is not a true flare-up because these symptoms are not caused by active inflammation, and will resolve once body temperature returns to normal.