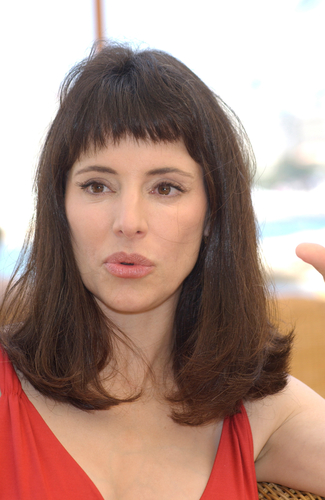 Actress and star of the ABC show “Revenge”, Madeleine Stowe, recently shared her personal story of living in a family with someone who suffers from  multiple sclerosis (MS). Her father lived for many years with the disease. The actress has decided to help not only MS patients but also other families like her own who live and struggle with MS by sharing her story on a national tour recently announced by the National Multiple Sclerosis Society. In addition, Stowe is also involved in the Lights, Camera, Take Action on MS campaign, which is being organized by biotech company Genzyme.

Stowe has shown herself to be quite a different person in real life from the character she plays in “Revenge,” Victoria Grayson. During her tour this winter, she is going to share the story of growing up in a family afflicted by MS, which will include meetings with MS patients, neurologists, and lifestyle experts, who will also share their experiences and ways of dealing with the disease.

“My mother had told me that they thought he had it before she married him and it went into remission,” said Stowe in an interview by Marc Malkin to E!. “Then when I was about three or four years old, they thought it was coming back. At five years old, I remember him walking on crutches. At six years old, I think he started to rely more and more on a wheelchair.”

For decades there were no treatments for MS patients, and even though there is still no cure for the disease, Madeleine Stowe is optimistic and believes that with the emergence of new treatments and ways of handling MS symptoms, patients are able to experience a better quality of life. “Advancing research and pushing science to new limits will undoubtedly improve the lives of people with MS,” said Stowe during a visit to the headquarters of the National MS Society in New York City.

“My father had MS at a time when there were absolutely no treatments, no treatment options and he had it very severe,” she explained. “It was extraordinarily challenging for him and of course for the family. We would do things like clothe him, tie his shoes, bathe him. He lost control of everything.”

MS is a disease that affects the entire family and not just the patient, as Stowe explains through her own life experiences, as caring for an MS patient is often difficult and isolating. Her family had to learn how to deal with the everyday challenges, which is why she wants to share her story with others who are experiencing the same. The actress believes that it is crucial for families to communicate, particularly with children. “I didn’t fully comprehend what he was going through,” she said, as she advised parents to explain to children what is going on when someone in the family has the disease.

In addition, Stowe also advises families to continue living life to the fullest when the disease becomes part of the life of their family, in order to make each moment count. “We all have so much to give. Reach out, ask people how you can help, and ask for help when you need it, too. The human spirit is incredibly strong, but we can’t go it alone,” she added.

“Back when my father had MS, people didn’t talk as much about what was going on. I remember feeling very prideful, and not letting my peers see that vulnerable part of me,” Stowe said, encouraging people to be honest and open about their situation. “We didn’t talk about the challenges, and I think the lack of understanding about the disease really fed into this silence and isolation that we felt.”

“Today, things are so different. I am extremely proud of the significant advances this community has made in the treatment and management of the disease, as well as the ways everyone now has to connect with one another. I think the advancements made in MS are in no small part due to people’s openness in speaking about the disease,” she added.

In order to raise awareness about the disease, the actress has become the new face of the campaign Lights, Camera, Take Action on MS, an educational program that she believes is also a way of enhancing communication about MS. The campaign is being organized by Genzyme, the manufacturer of Aubagio (teriflunomide), a once-daily, oral formulation indicated for relapsing forms of MS. During the campaign, Madeleine Stowe is going to host several live events in Orlando, Florida on January 24, 2015, and in Houston, Texas on February 7, 2015.