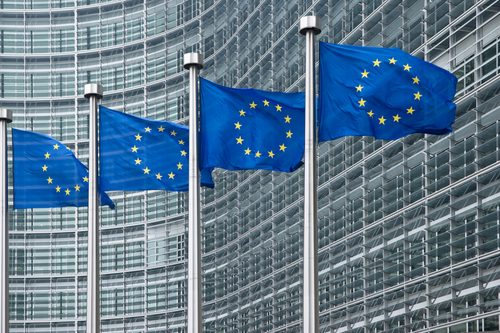 The Committee for Medicinal Products for Human Use (CHMP) of the European Medicines Agency (EMA) recently recommended marketing authorization to Zinbryta (daclizumab) for the treatment of patients with relapsing multiple sclerosis (RMS).

Zinbryta (daclizumab HYP) is a humanized monoclonal antibody that is injected every four weeks, and being developed by Biogen and AbbVie. It binds to the receptor subunit CD25 of interleukin-2 (IL-2), which is highly expressed in immune T-cells. These immune cells are overly expressed in MS, and Zinbryta is thought to deplete the activated T-cells and increase other cells that regulate the immune response (NK cells). The compound is currently under regulatory review in the United States, Canada, Australia, and Switzerland.

“For people with relapsing forms of MS (RMS) and active disease, ZINBRYTA has the potential to offer robust efficacy, a manageable safety profile through patient monitoring, and once-monthly subcutaneous dosing,” said Alfred Sandrock, MD, PhD, executive vice president and chief medical officer at Biogen, in a recent press release. “ZINBRYTA may offer another option for people with multiple sclerosis (MS) with its targeted mechanism of action (MOA) which did not cause broad and prolonged immune cell depletion.”

The European Commission (EC) will now review the CHMP positive opinion, and make its decision in the coming months.

“Together with Biogen, AbbVie is committed to meeting the needs of patients with MS, and the positive opinion issued by the CHMP is a critical step that moves us closer to bringing ZINBRYTA to patients in Europe,” said Michael Severino, MD, executive vice president, research and development, and chief scientific officer of AbbVie.

CHMP recognized the beneficial effects of Zinbryta, which was found to reduce the annualized relapse rate (ARR) and the 24-week risk of disability progression. The CHMP opinion was based on data generated in the DECIDE and SELECT clinical trials, in which Zinbryta 150 mg, administered once per month, improved the clinical outcomes of MS disease activity in patients with RMS, in comparison with Avonex 30 mcg administered every week and with placebo.

Results from a safety post-hoc analysis of the DECIDE study also found that the total incidence of adverse events (AEs) was similar in patients treated with Zinbryta and Avonex.

MS is a demyelinating disease in which the insulating covers (myelin) of nerve cells in the brain and spinal cord are damaged. This damage disrupts the ability of parts of the nervous system to communicate, resulting in a range of signs and symptoms, including physical, mental, and, sometimes, psychiatric problems.

Relapsing-remitting MS (RRMS) is characterized by clearly defined attacks of new or increasing neurologic symptoms. These attacks are followed by periods of partial or complete recovery (remissions). During remissions, all symptoms may disappear, or some symptoms may continue and become permanent.

At different points in time, RRMS can be further characterized as either active or not active, as well as worsening (a confirmed increase in disability over a specified time period following a relapse) or not worsening. Approximately 85 percent of people with MS are initially diagnosed with the RRMS form.