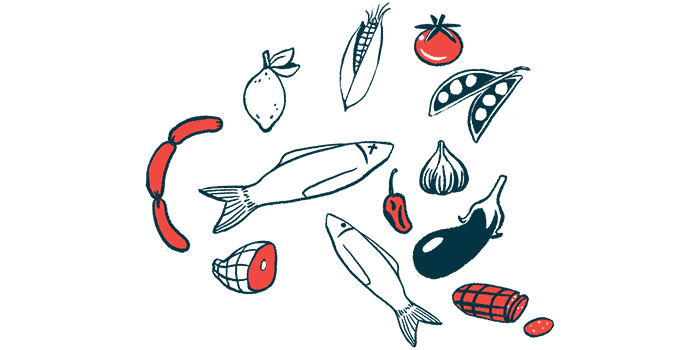 A short-term ketogenic diet, which dramatically cuts carbohydrate consumption, is safe and results in significant improvements in people with relapsing-remitting multiple sclerosis (RRMS), a small study in patients reported.

“Our study provides evidence that a ketogenic diet is safe and beneficial, reducing some symptoms for people with MS, when used over a six-month period,” James Nicholas Brenton, MD, a pediatric neurologist and MS specialist with University of Virginia Health, said in a press release.

Researchers will share study findings at the 74th American Academy of Neurology meeting taking place April 2–7 in Seattle. Their presentation is titled, “Ketogenic Diet as a Strategy for Improved Wellness and Reduced Disability in Relapsing Multiple Sclerosis.”

The ketogenic diet consists of eating minimal amounts of carbohydrates, moderate protein, and high quantities of fat. When carbohydrate intake is low, the body can still produce some glucose — the most important sugar molecule for energy production — from protein and other compounds.

However, the amount of glucose produced is insufficient for the body’s needs, so it starts breaking down fats to generate ketone bodies. These ketone bodies become the primary energy source, putting the body in what is called nutritional ketosis.

Although the ketogenic diet has become popular for weight loss, it was initially developed to treat epilepsy, suggesting it has therapeutic benefits.

Building on previous reports that the ketogenic diet benefits people with inflammatory and neurological conditions — and a pilot study in a smaller group of RRMS patients, published in 2019 — Brenton and his colleagues again investigated the diet’s potential benefits in people with this form of MS.

They enrolled 65 RRMS patients who agreed to follow the ketogenic diet for the study’s six months. Over 80% of these people adhered to the diet for this duration, suggesting the approach is feasible for MS patients. Adherence was monitored through daily urine ketone testing, the researchers noted.

After the six months, participants had lost an average of 9 kg (about 20 lbs) of body fat and reported significant reductions in fatigue and depression from the study’s start. They also showed greater exercise capacity — as determined by distance achieved in the six-minute walking test — improved dexterity, and a better physical and mental quality of life.

Beneficial changes were also seen in blood markers of inflammation after a six-month ketogenic diet.

“Our study not only demonstrates the feasibility of dietary changes in MS patients but also the potential benefits that could arise from such interventions,” Brenton said. “Given the intriguing results of this study, our team is currently looking at how the ketogenic diet impacts the immune profile of MS patients.”

Although short-term ketogenic diets are considered safe and well tolerated, some people report side effects including nausea, vomiting, headaches, and dizziness. Information is also limited on its long-term health implications.

“More research is needed as there are risks associated with these diets,” Brenton said. “It is important that people with MS consult with their healthcare provider before making any big changes to their diet, and that they be regularly monitored by a physician and registered dietitian if pursuing a true ketogenic diet.”