A six-week program combining yoga and group discussions about resilience led to significant reductions in fatigue and anxiety, and improvements in well-being, for people with multiple sclerosis (MS), according to results from a pilot study.

Researchers noted that the program, known as LoveYourBrain Yoga, “may improve a range of MS symptoms and offer a means for acquiring new skills for stress reduction, anxiety management, and overall wellbeing.”

Asked if they would recommend the yoga program to others, more than 90% of participants responded with “definitely, yes.”

Overall, these patients felt the course was satisfactory and led to several perceived benefits.

“LoveYourBrain Yoga is feasible and acceptable when implemented in a rural, community-based setting for people with MS,” the researchers wrote, adding that these preliminary findings support larger trials to assess the program’s efficacy for multiple sclerosis patients.

The findings were reported in “A crossover pilot trial of the feasibility, acceptability, and effectiveness of LoveYourBrain Yoga for community-dwelling adults with multiple sclerosis,” a study published in Complementary Therapies in Clinical Practice.

A new type of rehabilitation therapy

Yoga has emerged as a popular form of rehabilitation among people with a range of neurological conditions, including MS. Studies have shown that such anaerobic exercise has the potential to ease troublesome symptoms like fatigue and improve quality of life.

The LoveYourBrain Yoga program is a free six-week course that was originally developed in 2014 for people with a traumatic brain injury (TBI). The course includes weekly sessions comprised of breathing exercises, gentle yoga, meditation, and group discussions, with themes aimed at promoting resilience or the capacity to recover quickly from setbacks.

A retrospective study involving 705 TBI patients in the U.S. and Canada found that LoveYourBrain was associated with a number of improvements, including a better quality of life, increased resilience and cognition, and perceiving experiences in a more positive way.

Other studies investigating the effects of yoga for multiple sclerosis patients have uncovered similar outcomes. In fact, a meta-analysis of 10 controlled trials comparing yoga to standard MS care showed significant improvement in fatigue for participants in yoga programs.

However, because only one such study was conducted in North America, “further research is necessary to ascertain the potential of offering yoga for addressing fatigue and other health-related outcomes among people with MS in the United States,” the researchers wrote.

Given that MS and TBI share some common symptoms — including fatigue and cognitive impairment — researchers at the LoveYourBrain Foundation and medical institutions in Vermont and New Hampshire conducted a pilot trial to evaluate the benefits of this program among MS patients.

The study included 15 adults — 13 women and two men — with relapsing-remitting MS (RRMS) who retained their ability to walk. Yoga classes were held at a community-based yoga studio in a rural area of Vermont.

Participants were divided into two groups. One received the experimental program over the first six weeks, while the other refrained from participation in yoga or meditation during that period. After a three-week washout period, the groups were switched, and those previously in the control group now received the yoga program, and vice versa.

Participants were generally satisfied with the program, reporting a mean satisfaction of 9.5 of a possible score of 1o. When asked if they would recommend LoveYourBrain Yoga to friends and family, 92.3% of participants responded: “definitely, yes.”

One participant said, “I do not remember ever experiencing the level of relaxation I had at [LoveYourBrain] Yoga … [The instructor] led us through postures that were doable without pain (for me), and that accommodated my balance issues. I felt healthy, both physically and mentally, at the end of the class.”

Some participants said the group discussions led to better self-acceptance, according to researchers, though one participant reported that talking about her MS made things worse.

Suggestions for improvements to the program included expanding it to twice-weekly sessions from the current once-per-week schedule, and extending the duration to 8–10 weeks. Other recommendations were to hold sessions in a room with a cooler temperature, and to integrate more yoga postures to focus on MS symptoms including foot drop, bladder control, and hip weakness.

Questionnaires relating to fatigue, anxiety, well-being, pain, cognition, and sleep were administered at the study’s start, and after each group completed the yoga program. Significant improvements were seen in fatigue, anxiety, and well-being measurements after the program, reflecting that LoveYourBrain was efficacious among these MS patients.

Some participants felt that the benefits of the classes were maintained for multiple days after each session.

“The following days after each class seemed to be more enjoyable and I did not feel the normal sadness/depression that had seemed to be occurring since my diagnosis. I did not feel anxious as much in regards to work, social life or other things as frequently as I had been,” one participant said.

The researchers noted that future long-term trials with a randomized design and a larger, more diverse sample will be needed to confirm the benefits of LoveYourBrain Yoga for people with multiple sclerosis. But the team noted there were no negative adverse effects reported and that the program can serve as a complement to medications.

“Given the prohibitive costs of medications and the adverse side effects associated with certain drugs for MS, our results suggest that LoveYourBrain Yoga may be an effective symptom management approach for people with this condition,” the researchers wrote. 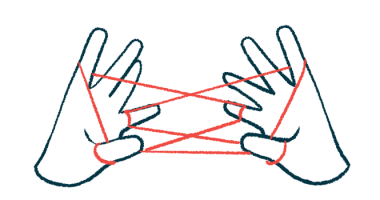