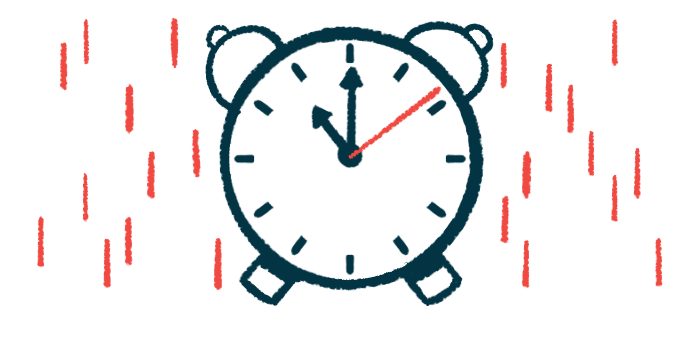 For example, average life expectancy drops to just over a decade when patients become unable to walk without an aid; for those who are unable to get out of bed or to communicate effectively, survival is roughly one year.

“To our knowledge this is the first study to estimate life expectancies for MS patients according to disease severity,” the researchers wrote.

The study, “Life expectancy in multiple sclerosis by EDSS score,” was published in Multiple Sclerosis and Related Disorders.

MS itself is not a fatal disease, though it can increase the risk of developing life-limiting complications like pneumonia. Studies have generally estimated that the time from diagnosis of MS to death is more than 30 years on average, but the life expectancy for people with MS varies markedly depending on the rate of disease progression.

MS progression is commonly measured with the Expanded Disability Status Scale (EDSS), a scale that ranges from 0 to 10, where higher values indicate more substantial disability. In this study, a team of researchers conducted an analysis to predict life expectancy in MS based on EDSS scores.

“As MS progresses and leads to increasing levels of dependence, evidence-based discussions of life expectancy (i.e., average survival times) are critical for patient counselling, care planning and advanced decision making,” the scientists wrote. “But to our knowledge no study published to date has examined life expectancy of patients according to level of disability.”

The analysis used data from the Southeast Wales MS registry, which has recorded clinical outcomes for more than 2,600 MS patients treated at centers in Wales from 1999 to 2018.

Based on the composition of the registry, “the life expectancies presented [in the study] are most applicable to patients with relapsing-remitting MS whose age is similar to the mean age in the corresponding EDSS” group, the researchers noted.

Among patients with early MS who did not have substantial disability — an EDSS score of 3.5 or lower — and whose mean age was 32.9 years, the average remaining life expectancy was 30.9 years to nearly age 64, in line with other studies.

For those with an EDSS score of 4 to 5.5, indicating a patient has disability that causes substantial problems in daily life but can still walk short distances independently, the average age was 47.3 years, and average remaining life expectancy was 16.9 years to about age 64.

The average remaining life expectancy was 4.6 years for patients, with an average age of 61.6 years, who had an EDSS score of 8 or 8.5, indicating they are unable to stand and have limited ability to engage in self-care activities. Among those with an EDSS score of 9 or higher, who are bedridden and may have issues communicating, the average age was 70.8 years, and the average remaining life expectancy was just over one year.

The researchers stressed that these estimations of lifespan are only averages, noting that a number of interconnected factors (MS type, age at diagnosis, other health conditions, etc.) may influence survival outcomes for individual MS patients.

They also noted that the estimations here may be “somewhat pessimistic” for individuals who are treated early with new highly effective disease-modifying treatments, since most patients in the registry were not given these therapies.

“Despite these caveats, we believe that the life expectancies presented here are the best available prognostic survival data on long-term MS survival according to EDSS score,” the scientists wrote.

“We hope that they prove useful for guiding discussions regarding long-term care planning among [people with MS], their family members, and their physicians,” they concluded.