About half of patients have 1 or more other medical conditions 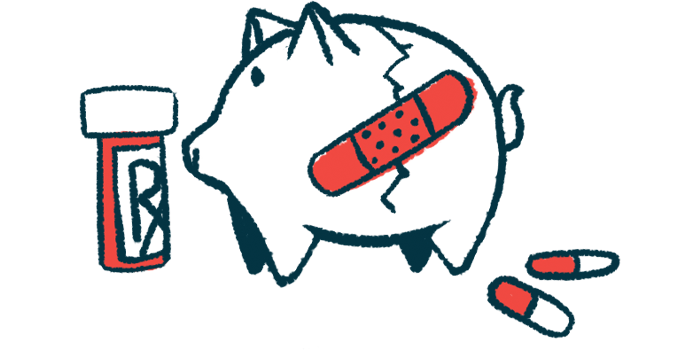 About half of all individuals diagnosed with multiple sclerosis (MS) have at least one other co-occurring medical disorder, and such comorbidities add a significant economic burden for MS patients in managing their condition, according to an Italian study.

These added costs result from an increase in the use of both healthcare and non-healthcare resources — such as home adaptations and home help — as well as greater losses in productivity, or the time MS patients must take off work due to their disease.

“The adjusted incremental annual cost per patient due to comorbidity was €3,106.9 [about $3,250.00] (13% of the overall costs) with MS disability found to exponentially affect annual costs,” the researchers wrote, noting MS patients usually incur added expenses for transportation, hospitalizations, and “symptomatic drugs and supplements.”

In Italy, the annual overall cost of MS is currently estimated at €4.8 billion, or more than $5 billion — and researchers note that the growing number of patients in the country older than 65, and likely to require added resources in coming years, will only add to that price tag.

“Comorbidity deserves to be taken properly into account, from an economic as well as a clinical perspective, in treatment and management plans drawn up for patients with MS,” the team wrote.

The study, “The economic impact of comorbidity in multiple sclerosis,” was published in the journal Neurological Sciences.

MS is caused by damage to the brain and spinal cord, which can lead to a wide range of symptoms, from fatigue and difficulties in movement to problems with vision and slowed thinking.

Many people with the disease also experience one or more coexisting conditions, which “can delay diagnosis and negatively impact the disease course, progression of disability, therapeutic management, and adherence to treatment,” the researchers wrote. Such conditions can increase patients’ costs, too.

Here, a team of researchers in Italy sought to determine the financial burden of comorbidities on patients. To do so, they examined data from 600 adults with MS followed at two centers in northern Italy.

Overall, individuals with a comorbidity were older than those without any additional conditions, and had more disability. There also were more women in the comorbidities group. These patients had a lower level of education and fewer of them had jobs.

Having a comorbid condition translated into more use of healthcare resources. Compared with people without comorbidities, those with at least one additional condition were 21% more likely to be admitted to a hospital, 59% more likely to undergo imaging or lab tests, and 89% more likely to use medications or supplements to treat their symptoms.

People with MS comorbidities also were significantly more likely to incur non-healthcare costs needed to support adaptations to their home or vehicle, transportation, services such as home care, and informal care.

Among those younger than 65 or who retired early due to MS, those with comorbidities were 34% more likely to experience greater loss of productivity, which was defined as loss of working activity or work days.

Importantly, the total costs increased with a greater number of comorbid conditions. While patients with one co-existing condition had increases in costs of about €1,679, or about $1,750, those with two or more comorbidities spent an extra €4,980 (about $5,200). That’s almost three times as much.

This study “provides evidence on the economic impact of comorbid conditions in this population,” and shows that additional conditions have “health, social, and economic consequences,” the researchers concluded. MS Tied to 75% Increased Risk of Mortality in US Study