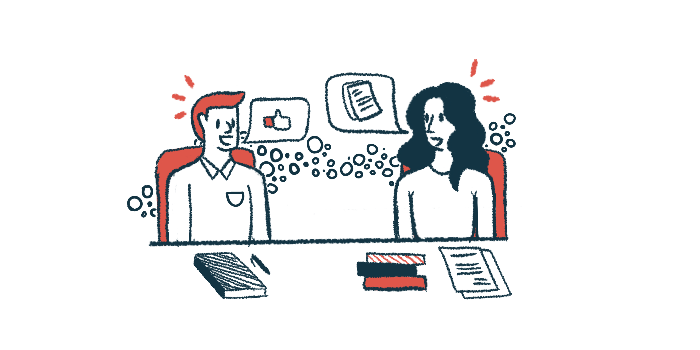 NeuroScientific Biopharmaceuticals has filed a patent in Australia to protect the use of its lead candidate EmtinB in combination with Teva’s Copaxone (glatiramer acetate injection) as a potential treatment for multiple sclerosis (MS).

The patent application (provisional number 2022903564) is based on data from a lab study showing that the combination is better than any of the components alone at promoting nerve cell survival and health. The combo therapy was also found to boost the formation of new myelin, a fatty sheath around nerve cells that becomes damaged in people with MS.

What is EmtinB designed to do?

EmtinB is a small protein designed to bind to members of the low-density lipoprotein receptor family of proteins and mimic the effects of a naturally-occuring protein called metallothionein-IIA. This protein is usually produced as part of the immune system’s response to injury; in the brain, it is known to help protect nerve cells from damage, promote their regeneration, and modulate inflammation.

EmtinB is thus expected to set off a series of mechanisms inside nerve cells, which could help them survive longer and healthier, while also reducing damaging inflammatory responses.

Copaxone is an approved disease-modifying therapy for adults with relapsing forms of MS. The medication contains a man-made version of a protein that mimics myelin basic protein, a component of myelin. How it works exactly is not clear, but it is thought to keep the immune system in check while also acting directly on nerve cells to help protect them from damage.

In previous studies, researchers showed that EmtinB significantly increased the number of oligodendrocytes — the cells chiefly responsible for making myelin in the brain and spinal cord — leading to more myelin regeneration than Copaxone in cellular models of MS.

Now, research conducted by an independent, French-based contract research organization set out to compare the effects of both medications, when used alone and in combination.

The team used lab-grown nerve cells, collected from a rat’s brain, and tested two doses of EmtinB alone (50 and 150 micrograms per milliliter, or mcg/mL), two doses of Copaxone (3 and 10 mcg/mL), and two combinations of EmtinB plus Copaxone containing the low and high doses of each therapy.

Results showed that the effect of EmtinB plus Copaxone was greater than that of either medication alone. For example, Copaxone alone was only able to increase the length of neurites, the projections that usually relay information to other cells and whose length indicates better neuronal health, and the highest dose also increased myelin production by 167% compared with untreated nerve cells.

These Home Accommodations Can Make Living With MS Easier

What effects did EmtinB plus Copaxone treatment have on nerve cells?

“It was only the co-treatment of EmtinB and Copaxone that significantly promotes neurite length, [neuron survival] and myelin sheath formation around [neurons] in concert,” the company stated in the release.

These data suggest that EmtinB may provide additional benefits to Copaxone, the company noted.