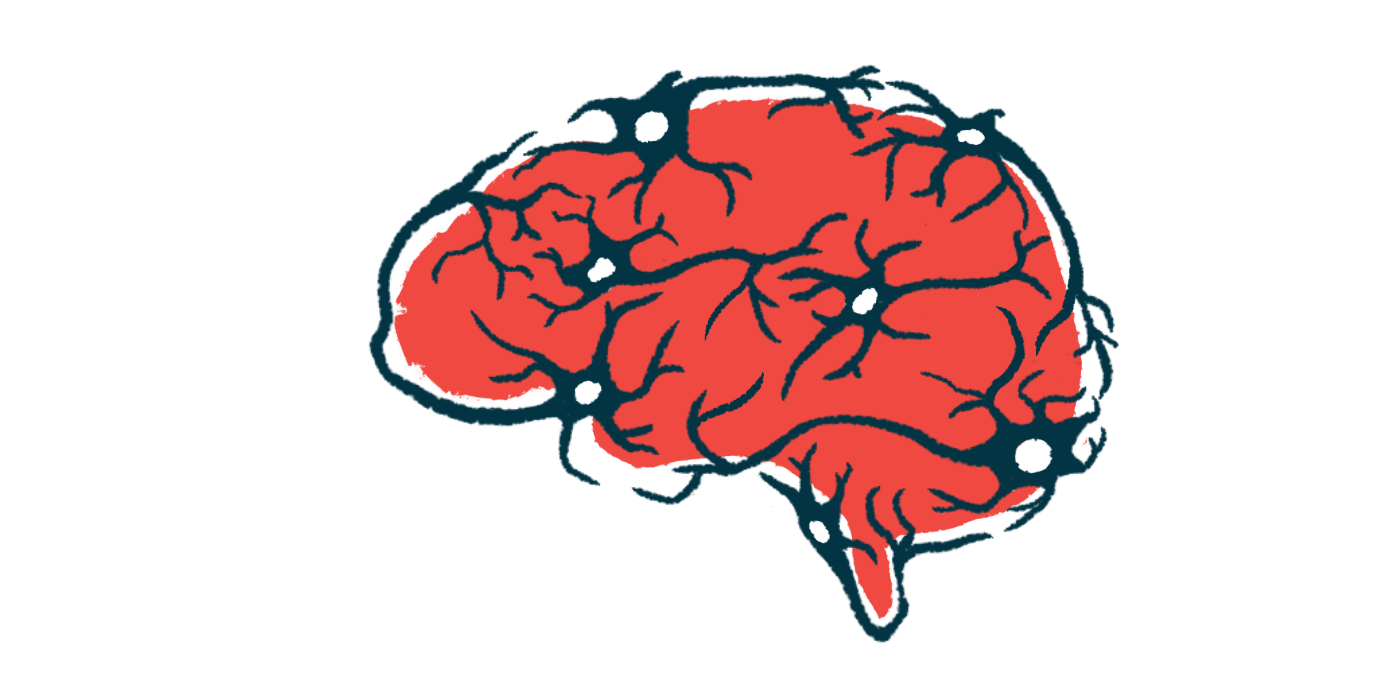 Myelin, the fatty-rich material surrounding nerve fibers that’s progressively damaged in multiple sclerosis (MS), provides metabolic support to a type of nerve cell in the brain that controls the activity of other nerve cells, a study discovered.

“We suspect that it has to do with the fact that PV cells have an incredibly high energy demand due to their high level of activity,” Koen Kole, PhD, study first author at the Royal Netherlands Academy of Arts and Sciences, said in a university press release.

The discovery was reported in Nature Communications, in the study, “Parvalbumin basket cell myelination accumulates axonal mitochondria to internodes.”

Nerve cells in the brain are connected by long fibers called axons, which are wrapped in myelin to enhance the speed of electrical impulses. In MS, myelin is damaged by a misguided immune attack, disrupting nerve impulses and causing a range of symptoms.

The brain is composed of excitatory neurons that promote the firing of adjacent nerve cells and opposing inhibitory cells, called interneurons, that work to balance and focus brain signaling. PV cells are a type of interneuron that are also lost in MS brain tissue, according to postmortem studies.

Typically, in excitatory neurons, myelin is wrapped along the entire nerve fiber length. But in PV cells, it’s found close to axon branch points, leaving large parts of the nerve fiber uncovered. Because myelin is known to promote nerve signaling, the function of it on PV cells is unclear.

PV cells, which account for only a small percentage of brain cells, generate high levels of electrical activity and have extensively branched axons, which are thinner than axons from other types of neurons. As a result, PV cells require a lot of energy, which is supplied by large numbers of mitochondria, the structures within cells that use metabolic products to produce energy in the form of ATP.

Based on these findings, it’s been suggested that myelin on PV cell axons provides metabolic support for their high-energy needs.

“Their axons are very thin compared to those of other cell types, which could further increase their energy consumption,” Kole said. “PV cells may therefore be more dependent on external nutrients from the myelin.”

Kole and his supervisor Maarten Kole, PhD, engineered a mouse model to track mitochondria in different types of living neurons.

An analysis of single nerve cells revealed mitochondria selectively clustered in myelinated segments of PV cells, but this clustering was abolished when mice were fed a chemical that induced widespread myelin loss (demyelination).

Consistently, PV axon segments that tested positive for myelin contained more mitochondria that were significantly larger and longer than in axon segments without myelin.

“These results support the idea that myelin wrapping alone suffices to cluster and increase the size of mitochondria locally within [PV axons],” the researchers wrote.

In contrast to PV inhibitory cells, mitochondria were evenly distributed along the axons of excitatory brain cells and axonal mitochondria increased in numbers when demyelination was induced.