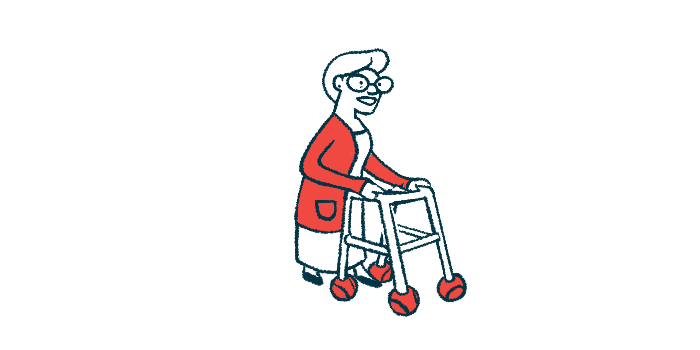 Within the first 12 years after the onset of symptoms, about one-fourth of people with clinically isolated syndrome — or a first episode of multiple sclerosis (MS) symptoms — showed a worsening of disability independent of relapses, a study reports.

Because “patients with relapsing MS can become progressive early in the disease course,” researchers wrote, “we believe that these patients should be considered to be patients with progressive MS, with or without MRI inflammatory activity, independent of their disability score or their disease duration.”

“This may have therapeutic implications,” they noted.

The study, “Association of Early Progression Independent of Relapse Activity With Long-term Disability After a First Demyelinating Event in Multiple Sclerosis,” was published in the journal JAMA Neurology.

It “brings us a step closer by documenting that accumulation of disability starts early in the disease course and by underlining the detrimental consequences of early PIRA in people with MS,” according to an editorial comment published in the same journal alongside the study.

Relapsing and progressive types of MS are generally considered distinct entities, with worsening disability caused by different underlying mechanisms. Relapsing-remitting MS (RRMS), the main form of relapsing MS, is marked by recurrent periods of disease activity followed by remission, whereas in progressive forms, symptoms build up continuously over time, independent of relapses.

While RRMS patients can fully recover from a relapse, some will experience worsening disability after an attack, which is referred to as relapse-associated worsening (RAW). This was believed to be a major contributor to disability accumulation in relapsing forms of MS, but evidence shows that most RRMS patients also frequently experience disability progression in the absence of relapses.

“Our recognition of PIRA was critically facilitated by the availability of treatments that effectively suppress or even completely abrogate relapse activity — thus reducing the noise that may interfere with the detection of subtle signs of progression,” researchers from the University Hospital Basel, in Switzerland, wrote in the editorial.

“PIRA is a common feature of MS from the earliest stages and [contradicts] the conceptual distinction between relapsing and progressive disease courses or stages,” they added.

PIRA has been studied in patients with early and established MS. However, predictors of PIRA measured at the time of a first episode of MS symptoms have yet to be investigated, and the long-term disability outcomes of those with early PIRA are still unknown.

Researchers at the Autonomous University of Barcelona, in Spain, examined the frequency of PIRA versus RAW in 1,128 people with CIS, all enrolled within three months from their first clinical episode. The mean age of participants was 32.1 years, of whom 781 (69.2%) were women.

Among those who experienced PIRA, 86 (31%) did so within the first five years after their first symptom onset, representing 7.6 % of all enrolled patients.

A total of 144 patients with PIRA had available MRI scans conducted within two years before the PIRA event. Scans showed that 73 (51%) of those patients had new lesions before developing PIRA.

Identifying all who will develop PIRA [progression independent of relapse activity] as soon as possible after the first [symptom] event, especially early PIRA, may lead to better treatment choices, and, subsequently, better long-term outcomes

Risk analysis suggested about 8% of patients may develop PIRA within the first five years of their first MS-like symptoms, and about 50% will experience this form of disability accumulation within the first 22 years. At the time of the first episode, older age was the only predictor of PIRA, with patients having a 43% greater risk of PIRA for each decade older at CIS onset.

Regarding long-term outcomes, patients with PIRA showed a significantly faster rate of disability worsening than those without PIRA, even after adjusting for influencing factors. PIRA also was associated with an 8-fold higher risk of reaching an EDSS score of 6, a disability level in which patients require walking aids to walk even small distances.

“Importantly, patients with PIRA and those without PIRA behaved very differently over time,” the team wrote.

Participants who developed PIRA within the first five years also worsened faster than those with late PIRA, and had a 26-fold higher risk of needing a walking aid. Although there were no differences between PIRA versus RAW cases in terms of annual disability progression, patients with PIRA had a 4-fold greater risk of reaching an EDSS score of 6.

“It appears that a substantial proportion of patients with MS may develop progression in the absence of relapses very early in the disease course,” the researchers wrote. “This is more typical of a progressive [disease] than of a relapsing-remitting one.”

“Identifying all who will develop PIRA as soon as possible after the first [symptom] event, especially early PIRA, may lead to better treatment choices, and, subsequently, better long-term outcomes,” they added.