It seemed to be such a harmless rabbit hole. After last week’s column on Rolfing — and a response divided between those who thought it sounded like terrible torture and those who agreed it was torture but they liked it — I decided to explore some other ideas suggested by readers.

I began this column in the hopes of learning about myofascial release. The next thing I knew, I was reading about how brothers Pierre and Jacques Curie demonstrated the first piezoelectric effect by using crystals of tourmaline, quartz, topaz, cane sugar, and Rochelle salt. The most effective of these were quartz and Rochelle salt.

Cool. Visions of X-Men flashed through my mind. Or (nerd alert) did it Surge through my mind? I stopped myself from taking a side tunnel to see if the brothers were related to Marie Curie, but did pause briefly to munch on a carrot while pondering the fact that it took the waging of World War I for science to find a practical application of piezoelectricity and create the sonar device. At this point, I backed my fluffy tail back out of the rabbit hole and refocused on the task at hand.

The myofascial release approach was created by physical therapist (PT) John F. Barnes. According to an explanation of this approach, “Trauma, inflammatory responses, and/or surgical procedures create myofascial restrictions that can produce tensile pressures of approximately 2,000 pounds per square inch on pain sensitive structures that do not show up in many of the standard tests (X-rays, myelograms, CT scans, electromyography, etc.).”

The myofascial technique taught by PT Barnes (not to be confused with hoax showman Phineas Taylor “PT” Barnum, despite the circus of symptoms that MS employs) involves applying gentle and sustained pressure to the web of fascia, with the goal of pain relief and increased mobility. Thereby, the principle of piezoelectricity is applied — the idea that “a low load (gentle pressure) applied slowly will allow a viscoelastic medium (fascia) to elongate.” Viscoeleastic? Stretch! Also cool!

I explored the myofascial release website pretty thoroughly and never did find the bit about somehow harnessing my MS hug to shoot electricity out of my fingertips. Or eyeballs. Or … anywhere. By the way, the site uses the term “straightjacket.” In my opinion, this gives them some street cred in the MS community. They should change the name from MS hug to MS straightjacket, much more descriptive. The website has a searchable list, by state, of physical therapists trained in this technique.

The Journal of Orthopaedic & Physical Sports Therapy published a study that compared a myofascial release leg pull and a contract-relax technique in order to determine the impact on hip flexion range of motion. The study also included a control group that had to just lie there for five minutes. If this had been a study of MS patients, the entire control group would have fallen asleep. Surprise! Both treatment groups experienced a greater increase in range of motion than the napping bunnies. The contract-release treatment group showed significantly better results than the leg-pull group. So maybe they were just … pulling their leg?

As always, if you’ve been patient enough to follow along as I hopped through the information on myofascial release, just remember that we are each unique little rabbits, and what works for one will not work for all. Check with your healthcare provider when in doubt. 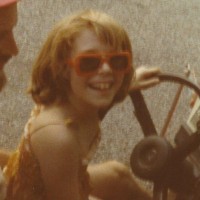 Judy Lynn has been living with Multiple Sclerosis for 13 years. She remains amazed at the array of symptoms that this chronic degenerative disease of the nervous system may cause. The Greek philosopher, Heraclitus, is reported to have said, “The only thing constant is change.” Judy has found this to be particularly true living with MS. She will explore the varied MS symptoms and manifestations, and most importantly, the rainbow of creative adaptations, coping mechanisms, and remedies available for MS patients to try.
×

Judy Lynn
Judy Lynn has been living with Multiple Sclerosis for 13 years. She remains amazed at the array of symptoms that this chronic degenerative disease of the nervous system may cause. The Greek philosopher, Heraclitus, is reported to have said, “The only thing constant is change.” Judy has found this to be particularly true living with MS. She will explore the varied MS symptoms and manifestations, and most importantly, the rainbow of creative adaptations, coping mechanisms, and remedies available for MS patients to try.
Print This Page