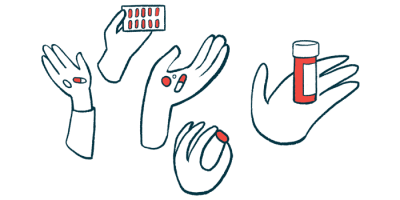 On This Page:  How masitinib works  |  Administration  |  Clinical trials  |  Side effects  |  FAQs

What is masitinib for MS?

It was developed by AB Science, which also is evaluating masitinib as a potential therapy for other neurodegenerative diseases, as well as inflammatory conditions, some types of cancer, and viral diseases.

How does masitinib work?

In MS, the body’s immune system wrongly recognizes myelin — the protective sheath around nerve fibers — as a threat and mounts an attack against it. The resulting myelin damage affects nerve cell communication and leads to nerve cell death.

Masitinib is an orally available small molecule belonging to a class of compounds called tyrosine kinase inhibitors. Tyrosine kinases are enzymes responsible for the activation of certain proteins involved in a number of cellular processes, including cell maturation, growth, and death.

In particular, masitinib blocks the activity of specific tyrosine kinases that are essential for the activity of mast cells and microglia — key cells of the innate immune system that are thought to drive inflammation and neurodegeneration in progressive MS.

The innate immune system is made up of cells people are born with, while the adaptive immune system, which is thought to be the main contributor to relapsing types of MS, is acquired through exposure to a given microbe or molecule.

Notably, activated mast cells produce large amounts of pro-inflammatory molecules and regulate the integrity of the blood-brain barrier, a protective membrane that prevents large molecules, microbes, and immune cells — basically, anything it registers as a threat — in circulation in the body from reaching the brain and spinal cord. Microglia, the brain’s resident immune cells, also can promote and sustain brain inflammation when abnormally activated.

By suppressing these innate immune cells, the therapy is expected to reduce neuroinflammation and prevent adaptive immune cells from entering the brain and spinal cord and attacking myelin, thereby slowing disease progression in progressive forms of MS.

How will masitinib be administered?

Masitinib is available in the form of film-coated tablets. In MS clinical trials, the therapy has been administered orally twice a day, at a total daily dose of 3 to 6 mg/kg. An ongoing Phase 3 trial is now testing it at a dose of 4.5 mg/kg per day. After Masitinib showed promising results in a mouse model of MS, AB Science began testing it in clinical trials for progressive forms of MS, including PPMS and non-active SPMS.

A proof-of-concept Phase 2a clinical trial, called AB04011 (NCT01450488) enrolled 35 adults with PPMS or non-active SPMS with evidence of disease progression. None of the SPMS patients had had relapses in the two years before enrollment.

Participants were randomly assigned to receive twice-daily masitinib — at a dose of 3 or 6 mg/kg per day — or a placebo, for at least one year.

While trial results did not show a statistically significant difference between patients treated with masitinib or a placebo at one year, there were promising indications that justified its continued testing.

In particular, patients given masitinib had a 103% increase, or improvement, in the MS Functional Composite (MSFC) score — a measure that assesses motor and cognitive function — while those on the placebo showed a 60% reduction in the MFSC score. Also, a greater proportion of masitinib-treated patients were considered responders than those receiving a placebo (32% vs. 0%). Responders were defined as those showing an increase of at least 100% in MFSC scores.

AB Science then launched AB07002, a Phase 2b/3 trial (NCT01433497) based in Europe. That trial involved 611 adults with PPMS and non-active SPMS with evidence of disease progression in the prior two years. Each individual was randomly assigned oral masitinib (4.5 or 6 mg/kg per day) or a placebo, given twice daily for 96 weeks (about two years).

Final data from the trial demonstrated that the 4.5 mg/kg dose of masitinib was superior to the placebo at slowing disability progression — as assessed with the Expanded Disability Status Scale (EDSS) — in both PPMS and non-active SPMS patients. EDSS changes with the higher dose failed to reach statistical significance over the placebo.

Patients given the 4.5 mg/kg dose also showed a significant improvement in hand and arm function. Moreover, these individuals had a 42 % lower risk of first disability progression and a 98% lower risk of becoming wheelchair-bound. Overall health also was improved in the non-active SPMS group receiving the lower dose.

An international Phase 3 trial, dubbed AB20009 (2021-000639-30), is now underway to confirm the therapy’s benefits in a larger number of patients. In the study, up to 800 adults with PPMS or non-active SPMS will be randomly assigned to receive either the 4.5 mg/kg dose of masitinib, or a placebo, given twice daily for 96 weeks.

Those assigned masitinib, however, will first undergo a titration period in which the dose is increased over time. Specifically, patients will receive a 3 mg/kg daily dose in the first four weeks, and then the full 4.5 mg/kg dose.

AB20009’s main goal is to assess whether masitinib extends the time to three-month confirmed disability progression, which is defined as an increase in the EDSS score that is sustained for at least three months.

Secondary goals include total changes in EDSS, and time to six-month confirmed disability progression, as well as changes in motor and cognitive function, brain volume and lesions, disease relapses, fatigue, depression, and quality of life.

Common side effects of masitinib

The most common side effects of masitinib in MS clinical trials include:

FAQs about masitinib in MS

How does masitinib help with multiple sclerosis?

Masitinib is an experimental oral therapy that is not yet approved for multiple sclerosis (MS). It is designed to suppress the activity of mast cells and microglia, specific immune cells thought to drive brain inflammation and nerve cell death in progressive forms of MS, including primary progressive MS and non-active secondary progressive MS. In clinical trials, the therapy helped slow disease progression in patients with these forms of the disease.

When will the FDA approve masitinib?

In Phase 2 and Phase 3 clinical studies, masitinib showed promising results in people with progressive forms of multiple sclerosis, and a larger Phase 3 trial is ongoing to confirm the therapy’s benefits in these patients. Should these results be positive, masitinib could be closer to a potential approval by the U.S. Food and Drug Administration, but this process could still take several years.

Can I take masitinib while pregnant?

Animal data suggest that masitinib may cause harm to a developing fetus. However, clinical trials of masitinib have not enrolled and are not accepting pregnant or breastfeeding women, so it is unclear whether the therapy is safe in such conditions.

How long should I wait to see the results of masitinib?

In a Phase 2b/3 clinical trial, masitinib over two years significantly lowered the proportion of patients who experienced disability progression. It remains unclear when masitinib-related improvements become evident to patients.

Does masitinib cause hair loss or weight gain?

Hair loss and weight gain were not reported as side effects of masitinib in clinical trials for multiple sclerosis. Patients should talk with their healthcare team if such events occur.