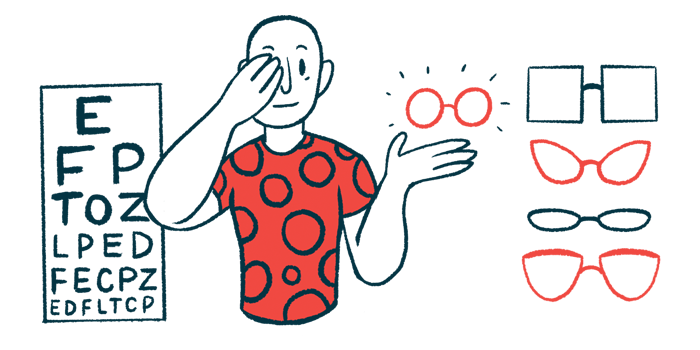 An imaging technique called optical coherence tomography (OCT) could be useful for monitoring nervous system damage in people with multiple sclerosis (MS), especially early on in the disease, a study in patients reports.

The study, “Optical coherence tomography in multiple sclerosis: A 3-year prospective multicenter study,” was published in the Annals of Clinical and Translational Neurology.

OCT is an imaging technique that takes detailed pictures of the retina — the back part of the eye that contains the cells that sense light and the nerve cells that transmit signals from the eyes to the brain.

OCT can be used to detect neurodegeneration (the progressive death of nerve cells) in the retina, and its utility as a diagnostic and monitoring tool for MS is currently being investigated. However, no study has yet determined if OCT is sensitive enough to detect disease progression.

Scientists in the U.S. and Europe presented results from the Optical Coherence Tomography in Multiple Sclerosis (OCTiMS) clinical trial (NCT02907281), which tracked OCT measurements in nearly 400 participants over the course of three years. OCTiMS was sponsored by Novartis.

Their study enrolled 333 people with relapsing-remitting MS, as well as 64 people without MS (as controls) across 28 sites in Australia, Europe, and North America.

Across these groups, the average age was just under 40, roughly 70% were female, and about 95% were white. Most of the MS patients were on some form of treatment. Just over 1 in 10 participants in both groups discontinued participation, being mainly lost to follow-up or choosing to withdraw.

OCT measures were taken at the study’s start, again after one month, and then every six months. Data suggested that the measures taken one month apart were very similar, suggesting that OCT measures are highly reproducible.

Results indicated progressive neurodegeneration in the RRMS patients. For example, over the study’s three years, a gradual decrease was evident in the average thickness of the peripapillary retinal nerve fiber layer (pRNFL) and the macular ganglion cell and inner plexiform layers (mGCIPL) — essentially indicating lower nerve cell levels of and poorer cell health in certain parts of the retina over time.

These measures remained stable over time among healthy controls, indicating no neurodegeneration.

A greater decrease in pRNFL and mGCIPL thickness was observed in MS patients diagnosed more recently (three years or less) compared to those who had been living with MS for longer than five years. This is likely because the pRNFL and mGCIPL are thicker early in the disease, the researchers noted.

“This finding suggests that OCT measures may be more useful for documenting [neurodegeneration] in early disease, especially as MRI measures of brain atrophy are less sensitive at this stage,” the researchers wrote.

Over the course of the study, the average brain volume decrease was 1.3% in MS patients and 0.5% in controls. Statistical analyses showed that, among the MS patients, a greater mGCIPL thinning was linked with a greater loss in brain volume.

“Decreases in average mGCIPL thickness were correlated with more brain atrophy over the 3-year study,” the researchers wrote.

The rate of mGCIPL thinning also was associated with changes in visual acuity. The OCT measures did not significantly associate with changes in disability, cognition, or life quality. The study’s researchers noted that patients generally had well-controlled disease and that their disease status generally didn’t change much over its years, which may have limited the statistical power of these analyses.

“Considering the rapid advances in OCT imaging toward higher resolution, OCT measures are getting more and more reliable, increasing their potential to become a convenient tool to monitor disease progression, and quantify the level of neurodegeneration in MS populations, particularly in the early disease course,” the team concluded.

When Loss Is Expected, How Do We Cope?