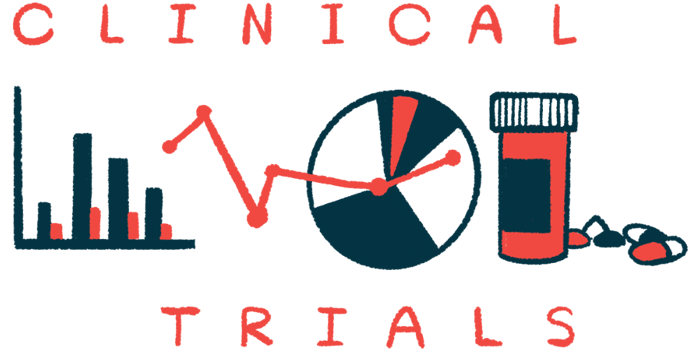 Administering the stem cell therapy NG-01 — designed to have neuroprotective and neuro-regenerative properties — directly into the spinal canal can significantly reduce the levels of neurofilament light chain (NfL), a neuronal damage biomarker, in people with active, progressive forms of multiple sclerosis (MS).

These are the new findings of a small Phase 2 clinical trial (NCT02166021), which previously showed that NG-01, particularly when given directly into the spinal canal, slowed disease progression in these patients.

The new data support NG-01’s neuroprotective effects and shed light on the underlying mechanisms of its clinical benefits in this patient population. Those benefits also were found to last up to four years in a long-term Phase 2 trial (NCT04823000) investigating up to eight courses of this therapy.

“Progressive MS is a debilitating disease without effective treatment options that can substantially suppress the progression of disability,” Dimitrios Karussis, MD, PhD, the trial’s principal investigator, said in a press release.

“This novel trial evaluated not only the clinical effects induced by the stem cell therapy, but also the effects on the most reliable and accepted biomarker of neuro-degeneration, NFL,” added Karussis, the director of the MS Center at the Hadassah Medical Center, in Israel, where the trial was conducted.

The overall results “are extremely encouraging and taken together with the long-term clinical results … up to 4 years after the initiation of treatment, provide substantial optimism for the future of management of progressive MS and neurodegenerative diseases in general,” Karussis said.

Tal Gilat, CEO of NeuroGenesis, the therapy’s developer, said the company is working to expand its U.S. manufacturing capabilities “in preparation for our multi-center Phase 2b trial in secondary progressive MS that is planned to begin in late 2022.”

“We are extremely pleased to witness the significant protective effect of our NG-01 cells on NF-L and the very encouraging long term clinical results in MS,” Gilat said.

The use of NG-01 involves collecting a patient’s bone marrow and expanding a unique, proprietary subpopulation of mesenchymal stem cells (MSCs) with potent immunosuppressive, neuroprotective, and regenerative properties. MSCs are stem cells that can generate a variety of other cell types.

These cells are then returned to the patient’s body, where they are expected to travel to injury sites in the central nervous system (CNS), comprised of the brain and spinal cord. The goal is for these cells to prevent further damage or even help repair myelin — the protective sheath around nerve fibers that is progressively lost in MS.

The Phase 2 trial evaluated the safety and effectiveness of NG-01 — given directly into either the spinal canal (intrathecal group) or into the bloodstream (intravenous group) — against a placebo in 48 adults with active, progressive MS. The group included 27 men and 21 women.

Most (85.4%) had secondary progressive MS, while seven had primary progressive disease. The participants had a mean age of 47.6, moderate to severe disability, and had failed to respond to at least one line of MS therapy.

Previous results showed that NG-01-treated patients were significantly less likely to experience disability worsening after six and 12 months than those given a placebo.

Notably, significant improvements in other key effectiveness measures, such as relapse rates, brain lesions, hand dexterity, and cognitive function, were observed only in the intrathecal group, suggesting that delivering NG-01 directly into the spinal canal results in greater benefits.

The newly published data concern analyses of the levels of NfL, a nerve damage biomarker, and CXCL13, a marker of inflammation, in the cerebrospinal fluid (CSF) of the trial’s participants at study start and six months after dosing. The CSF is the fluid inside the spinal canal that surrounds the brain and spinal cord.

Neurofilaments are major structural proteins of neurons that are released into the CSF when these cells are damaged. The levels of NfL, one of neurofilaments’ subunits, were previously linked to the risk of disability, disease activity, and treatment response in people with MS.

Also, increasing evidence points to CXCL13 as a potential predictive biomarker of MS activity and progression.

Results showed that NfL levels were exceptionally high in more than half of the patients, “indicating an active and aggressive disease at [study start],” that was also depicted by disability worsening and brain lesions prior to treatment, the researchers wrote.

Patients given NG-01 directly into the spinal canal showed a significant, 63.5% reduction in NfL levels after six months, while those in the intravenous group exhibited a smaller drop that failed to reach statistical significance.

Patients with these deep NfL reductions were more likely to show stabilization or improvement in disability scores after six and 12 months, but no statistically significant link was detected between NfL levels and clinical parameters, “probably due to the small number of patients in each group,” the researchers wrote.

Delivering MSCs directly into the spinal canal brings them “in closer proximity to the inflammatory areas of the CNS when compared with the IV [into-the-vein] way of administration,” the researchers wrote.

This could explain this method’s superiority, which may be related to either suppression of “the compartmentalized CNS inflammation (which has been shown to be one of the main mechanisms that drive neurodegeneration and accumulation of disability in progressive MS) or direct neurotrophic/neuroprotective effects of the MSC on the CNS,” they added.

These findings are in line with the results of a long-term Phase 2 trial testing NG-01 in 24 MS patients, which showed stabilization and even functional improvement in 22 patients (91.7%) up to four years after treatment initiation.

Larger studies with a longer follow-up period are needed to confirm these findings, the researchers noted.